Haunting Echoes Of A Commemoration 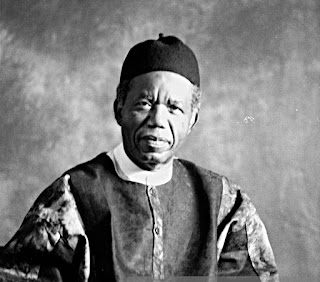 First, there was a caveat. And it was offered shortly before the Lagos leg of the exhibition was officially opened at the Thought Pyramid Art Centre along Norman Williams Street in South-west Ikoyi that Saturday, August 24 evening. At a cosy end of the gallery’s upper floor, where a roundtable discussion was in full swing, its resilient curator, Chuu Krydz Ikwuemesi, had reminded the discussants that – though the exhibition, And the Centre Refuses to Hold: Homage to Things Fall Apart @60, was based on Chinua Achebe’s debut novel, Things Fall Apart – it was not really concerned about the illustration of the novel’s content.

Among the leading art personalities present at that session, by the way, were the Obi of Onitsha, Nnaeneka Achebe; the renowned art collector, Omooba Yemisi Shyllon; the cultural activist and former newspaper editor, Jahman Anikulapo as well as the Arthouse Contemporary Limited’s founder, Kavita Chellaram. Also sitting among several others at the roundtable were two of the exhibiting artists – Tobenna Okwuosa and Akeem Muraina.

Indeed, Ikwuemesi was only re-echoing what the literary luminary and Nobel laureate, Professor Wole Soyinka, had written in his preface to the exhibition catalogue. Soyinka had explained that this endeavour was a continuation of the original “dialogue between image and word”, which began when his African publishers, Bookcraft, launched an outsize edition of Achebe’s iconic novel. This edition, it would be recalled, had featured contributions by a coterie of leading contemporary Nigerian artists. But, this exhibition, Soyinka reminded its audience, had set out “as original artistic tributes, for which the literary work maintains a ‘low profile’ as inspirational resource, leaving the artists to their own re-creative devices.” It is for this reason, he added, that it “should therefore be encountered as products in the vein of association of ideas, set as images, and not literal interpretations of the originating narrative.”

Expectedly, the artists’ diverse backgrounds, experiences and idiosyncrasies gleamed through the works, among which were photographs, drawings, paintings, sculptures, installations and mixed media. These babel of expressions swirl around the trending issues in post-colonial Africa, through which the exhibition gropes for a unifying theme.

Take Akeem Muraina, the Lagos-based sculptor, for instance. Among the four works he contributed to the exhibition, two were metal sculptures while the remaining two were charcoal drawings. One of the metal sculptures, titled “Aremo” (Yoruba for step-father) depicts a bull and a young antelope co-joined in a prancing stance. The idea is to reflect the distinctions in class and status as well as a mutual affectionate bonding.

But, specifically, it metaphorically alludes to the relationship between the novel’s main character Okonkwo and his foster son Ikemefuna. Understandably, the old rugged bull, which symbolises Okonkwo’s bellicose disposition, finds its contrast in the antelope (a metaphorical depiction of the youth Ikemefuna), which exposes the soft underbelly of his fatherly love. The work, also a call to true humanity, urges affectionate bonding across artificial class distinctions. This is in reference to the love Okonkwo, a respected figure of Umuofia, had for a slave boy Ikemefuna, which he did not show to his own biological son, Nwoye.

Conversely, the photographer, Emezie Asogwa, with his body of works, titled “Wet Dreams”, makes no obvious reference to the novel. Rather, he expresses his thoughts about the power of the mind. Through blurry images hinting at motion, he tells the story of his dreams and the intrinsic energies of what he calls a “conscious unconsciousness” in a suite of miniature photographs. Thus, he guides the audience beyond the carnal imagery of his bodily experience and urges them to consider wet dreams as expressions of mental images in dense gross-materiality.

In the same vein, Obi Nwaegbe only tangentially references the novel in his acrylic on paper work, “The Protest”, but extends his musings beyond the obvious with his other similarly-rendered works: “Hangout at the Lounge”, “Women on a March”, “The Essence of Friendship” and “The Hawkers”. The Abuja-based artist seems rather more concerned about keeping a visual diary of the contemporary realities of his environment.

Similarly, Iyke Okenyi’s wooden sculptural offerings – “Dancer”, “Group Photograph”, “Heavy Rain”, and “Before I Die” – make no obvious references to the novel’s content. Yet, it leaves so much to the viewers’ conjectures.

This was not so the case with Tobenna Okwuosa’s paintings. For the Niger Delta University lecturer’s three oil on canvas works seem to be patently tied to the novel’s content. Yet, he lashes out through them at the mental slavery of the post-colonial African (in “Black Man, White Mask”); places the novel on a pedestal not just for its entertainment value, but also its possible use as a guide and text for mental liberation of the African (in “The Beginning of a Great Narrative”); and romanticises the heroism of its protagonist in the tradition of the Negritude writers (“Okonkwo”).

Nonetheless, not even the exhibition’s eclectic and impersonal attributes could have diminished its synergistic visual harmony. Hats off, therefore, to Ikwuemesi’s curatorial dexterity for the unobtrusive blending of the forms and the media.

Previously, the travelling exhibition – which featured a maximum of five works from each of the participating artists – had first held in October last year in the Anambra State capital Awka. This was before it held, more recently, in Abuja this year. And the Centre Refuses to Hold…,as a title, lends wings to the artists’ musings. It evokes a Tower of Babel scenario, in reference to the economic, political and social crises, which continually plague the continent. Thus, the novel’s account of the cultural conflicts between the colonial masters and their colonised subjects in the late 19th century echoes with relevance in the present. Beaming the spotlight on Unoka (Okonkwo’s father in the novel), it drew parallels between this character and the artist in the context of the contemporary Nigerian society.