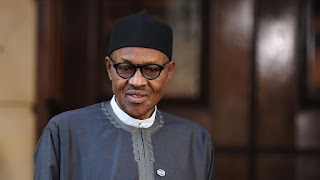 It stated that the claim was confirmed by the perceived disgraceful outing and poor attention allegedly given to Buhari by world leaders and investors at the 7th Tokyo International Conference on African Development.

The PDP National Publicity Secretary, Mr Kola Ologbondiyan, in a statement said the lack of attention given to Buhari in Tokyo confirmed his alleged rejection by the international community.

He said Buhari only came home with an empty basket and pocket full of promissory notes.

Ologbondiyan said, “The conference has shown that no world leader or international investors want to do any real business with Nigeria under President Buhari, mainly because of the legitimacy burden of his presidency arising from the rigging of the February 23 presidential election, as well as overt impunity, corruption, treasury looting and recklessness that pervade his administration.

“It is lamentable that while President Buhari and his party, the All Progressives Congress are celebrating a mere pledge of $300,000 (N108m) from the Japanese Prime Minister and a promissory note for E50m from an EU commissioner, his Ghanaian counterpart, Nana Akufo-Ado, sealed a deal with automobile giant, Toyota, to immediately establish a Toyota and Suzuki manufacturing plant in Ghana with a determined timeline of August 2020 for production.

“The multinational had also signed a deal to establish a similar plant in neighbouring Ivory Coast with a Memorandum of Understanding to that effect already signed last Thursday.”

According to him, Toyota preferred Ghana because of the favourable economic climate prevailing in the country; a climate, which, he stated, had taken flight from Nigeria under Buhari.

In another statement, Ologbodiyan said Buhari had abdicated his responsibilities as the President of Nigeria.

He said, “The PDP notes with dismay that the Buhari presidency only stops at issuing condemnations, publishing commiserations and embarking on condolence visits with empty assurances, but takes no definite steps to address the situation and bring culprits to book.

“This complete failure of leadership and abdication of the statutory duties of the President indicates that the Buhari presidency has no solutions towards ensuring the security of lives and property in our nation.”

All rights reserved. This material, and other digital content on this website, may not be reproduced, published, broadcast, rewritten or redistributed in whole or in part without prior express written permission from PUNCH.