‘The Lost Okoroshi’ Blends Afrofuturism With Mythology, Comedy, And A Lot Of Dancing 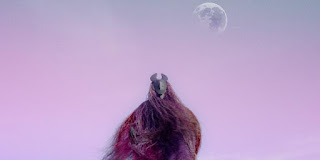 The Nigerian film industry — often referred to as Nollywood — encompasses one of the largest entertainment entities on the planet. The country’s vast and extremely prolific output, encompassing hundreds of languages and divided along regional and religious lines, remains a fascinating and oft-unreported melting pot of the medium’s past, present, and future. Despite its status and ever-expanding cinematic slate, it remains depressingly rare to see Nigerian film — and indeed, African cinema in general — represented on the major festival scene. For most Western film lovers, especially in Britain and America, access to such films is difficult. Progress has been made thanks to streaming services like Netflix, and now the Toronto International Film Festival brings us a real gem with The Lost Okoroshi.

Directed by Abba Makama, who previously brought Green White Green to the festival, this comedy-drama is a blend of Afrofuturism, music video coolness, traditional Nigerian culture, and slapstick comedy. Funnily enough, it all works too.

The story follows Raymond (played by Seun Ajayi), a dissatisfied security guard living in Lagos. His life is familiarly bland, mulling day after day from home to work to time with friends. The only thing that disturbs this ease is a recurring dream where he is haunted by colorfully costumed characters from a traditional Okoroshi masquerade. They dance and chase Raymond every night with no rhyme or reason. Upon the advice of a friend more strongly connected to his roots, Raymond decides to stop running in his dream and embrace the Okoroshi. Then he wakes up one morning and finds that he now is the masked performer. After being fired from his job for improper attire, Raymond stumbles through Lagos and soon finds a use for his new abilities.

On a purely stylistic level, The Lost Okoroshi is a fascinating mish-mash of ideas and aesthetics that ensures you’ll never be bored throughout its speedy 90 minutes running time. The first 15 minutes or so almost feel like a soap opera before the madness starts. There’s a gonzo element that blends well with Makama’s keen eye for visuals. The masquerade costumes alone are a stunning delight of movement and allure, but it’s in the vaguely paranormal moments where he truly shines. There’s no shortage of color on display here, from the vivid purple of Raymond’s new garb to the vibrancy of Lagos’s streets to the nightclub that becomes an Okoroshi dance party. The entire film, even as it blends broad comedy with wholly earnest pleas for an understanding of cultural lineage, feels like the world’s coolest music video, especially with its blend of music that feels like a playlist of traditional beats, MTV Africa, Angelo Badalamenti’s work on Twin Peaks, and ‘Flight of the Valkyries.’ That may sound somewhat glib or reductive of what the director is trying to accomplish here but it should not diminish his work. This feast for the eyes works because it works in tandem with the central themes.

There’s such energy in moments where Raymond, skulking around Lagos in the masquerade costume, helps out a beleaguered sex worker and is chased down by a wannabe entrepreneur who sees a potential money-making ability with this supposed novelty. One especially memorable scene includes a kidnapping at the hands of the Igbo Peoples Secret Society of Heritage Restoration and Reclamation (or IPSSHRR for short), a group so secret that they have their logo emblazoned on t-shirts and keep a sign on the gate outside their headquarters. Their increasingly bureaucratic arguments over how to retain their cultural heritage are highly entertaining, more so than the film’s other major attempt to engage with its own thesis. It’s also worth noting that this is a film with a sex worker character who is funny, fully fleshed-out, never shamed for being a sex worker, and not used by the narrative as someone to be made an example of. If only the rest of pop culture would follow suit.

One character, an African studies scholar called on to help figure out what’s going on with Raymond, sadly drives the momentum to a complete halt to provide historical and cultural context as well as to conclude the film with an overview of its themes just in case anyone missed them. It’s a shame because for the majority of its running time, The Lost Okoroshi refuses to hold open the door for audiences unfamiliar with Nigerian culture or Igbo mythology, and it’s all the better for it.

If you’ve never seen a Nigerian film, The Lost Okoroshi is a vibrant and appealing introduction for any newbie, even as it lags in moments where the substance starts to overburden the style. Still, it’ll definitely make you want to dance.