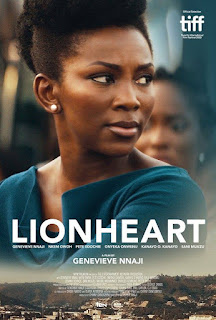 
Back in April, the film Academy announced that it was renaming the best-foreign-language-film category to best international feature film. The reason? The term “foreign” felt “outdated within the global filmmaking community,” the Academy said in a press release. At the time it didn’t stir as much of a debate as the quickly scrapped best-popular-film category had the year before. But now the Academy is taking the heat this week because Lionheart, Nigeria’s first movie submitted for best international feature film, has been disqualified, according to the Wrap.

Lionheart, a drama starring and directed by Genevieve Nnaji, was reportedly disqualified because even though it is filmed partly in Igbo, a Nigerian language, it is mostly in English. That means it violates the Academy’s rule that a submission to the category has to have a “predominantly non-English dialogue track.” Voters were made aware that Lionheart would no longer be eligible on Monday, just days before the Academy was set to screen it for voters in Hollywood.

The announcement has sparked a debate online, with some users noting that Nigeria’s official language is English. “Are you barring this country from ever competing for an Oscar in its official language?” Oscar-nominated director Ava DuVernay wrote in a tweet directed at the Academy’s official account.

Nnaji herself also addressed the controversy, responding to DuVernay’s tweet and saying Lionheart “represents the way we speak as Nigerians. This includes English which acts as a bridge between the 500+ languages spoken in our country; thereby making us #OneNigeria.”

“It’s no different to how French connects communities in former French colonies. We did not choose who colonized us,” Nnaji added. “As ever, this film and many like it, is proudly Nigerian.”

The disqualification marks a divide between the category’s name change and its perhaps impractical, uncomfortable application in the real world. As film critic Guy Lodge noted on Twitter, the broader title does not specifically disqualify films in English, even if the rules do. “If you permit an English-language film from Nigeria to compete, then you have to permit English-language films from the UK, Canada, Australia, etc, to compete,” he wrote. “If you do that, the category's purpose in giving a platform to under-represented cinema is effectively compromised.” After all, he noted, best picture should technically be the best international film.

But perhaps the disqualification should come as no surprise to Oscar watchers. As Bong Joon-ho recently declared in a Vulture interview, the Oscars “are not an international film festival. They’re very local,” a sly burn of the century that highlight the awards ceremony’s myopic view of the global film community. Meanwhile, Bong’s latest film, the Korean-language Parasite is predicted as one of the front runners of the best international film category.

Lionheart’s disqualification now brings the number of international film contenders from 92 to 93 entries. Qualified films in the category will be announced on October 7.
Cinema Film Genevieve Nnaji Nollywood Yohana Dester