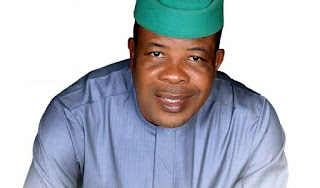 Not a few Imo people perceive this interventionist move by government as an unassailable but timely measure to reform and transform the schools for enhanced academic outputs. The initiative was inherently audacious and historic for two reasons. One, this was the first time in the history of the state that visitation panels would be raised concurrently for all the institutions of higher learning. Two, top caliber of individuals make up the panels, some of whom are not indigenes of the state. For instance, Professor Chinedu Nebo who heads the Imo State University Visitation Panel is former Minister of Power, former Vice Chancellor of University of Nigeria Nsukka and hails from Enugu State.

In his speech during the inauguration of the panels the governor provided insight into the reason that stimulated the higher institutions enquiry. He submitted: “At the inception of this administration, we were inundated with a plethora of complaints on education sector in the state especially at the tertiary level. And as a responsive government, we felt that we would be abdicating our obligation to the people, if we do not look into these complaints. For these reasons, we deemed it necessary to respond to these hues and cries by looking into the operations of these critical institutions.”

The terms of reference given to the three panels were the same, unmistakable and penetrating. They included: to identify the strength and problems of the institutions thereby making appropriate recommendations to the visitor and to ascertain the operations of various departments and units. Others are: to look into cases of procurement and issues bordering on gangs and cultism and to investigate students’ complaints on various issues as well as conducting internal audits on institutions’ finances.

Ihedioha however noted that the ultimate tendency of his government is to rebuild the tertiary institutions in the state towards achieving effective academic governance structure desirable to strengthen the educational services delivery system. “Today, therefore, we are inaugurating the visitation panels to these Imo State flagship institutions of higher learning to salvage them from sliding down the precipice of total collapse”, he added.

The governor’s mission towards reclaiming the tertiary institutions in the state is largely understandable and imperative. This is largely because of the ruinous nature of the tertiary institutions resulting from years of neglect. This development was made worse by the jaded and deceitful manner the free education was run in the state by the immediate past administration headed by Owelle Rochas Okorocha.

To this end, specific scenarios would eloquently, neatly and explicitly drive the above point home. For instance, the 2018 National Universities Commission rankings of Nigeria Universities, Imo State University was placed 58 out of 100. It also glided uncharacteristically downwards when juxtaposed with other state universities in the country. Sadly too, in the last couple of years, the university has suffered a major setback in courses accreditation as some of the institution’s programmes were de-accredited by the NUC due to lack of basic academic facilities and poor funding. Faculties of Education, Law and College of Medicine have remained the worst hit.

These realities contrast sharply with the university’s delightful scholarship and academic excellence 10 to 15 years ago shortly before the past administration made its debut. The university was ranked 1st among all state universities in Nigeria and the 10th overall among both state and federal universities. According to the university’s performance records posted on its website, which can easily be verified, the institution scored 100 per cent in 2006 and 2007 accreditation visit, with all programmes visited getting NUC’s authorization. All the 19 programmes visited in 2007 were fully endorsed. Also, during the NUC accreditation visit of MBA programmes in 2006, Imo State University was among the few universities that got the universities regulatory body’s nod.

This flowery situation has regrettably changed for worse in the past few years of sham free education. Correspondingly, Imo State Polytechnic and the State University Teaching Hospital have been following similar reclining trends arising from lack of basic educational tools and equipment resulting in accreditation challenges. This explained why it took the Medical College of the University almost 10 years to recently graduate the first set of medical students

These evidenced-based anomalies hamstringing the tertiary institutions in the state lie at the heart of the move undertaken by Ihedioha-led government to set up visitation panels towards revitalizing the sector. Moreover, this development is in clear fulfillment of the promises made by Ihedioha during his campaigns and his inauguration speech May 29 this year that he would fix the school system and enthrone qualitative and functional education.

Ihedioha’s action finds further validation in the fact that education is the mainstay of Imo. Consequently, it is incumbent on any responsible government to accord the sector a priority attention. In his keynote speech at the inauguration lecture that ushered in Ihedioha as Imo Governor, Chief Nnia Nwodo, President-General Ohaneze, underscored the frontline position of Imo in education and the imperative need of strengthening the sector. “Imo State is the most educated state in Igboland, so I canvass here the need for you as the new governor to democratize education and change the emphasis to education leveraging on technology,” Nwodo stated. He advised Ihedioha to revamp the education system by retraining teachers and providing students hands-on skills that are relevant in the contemporary world.