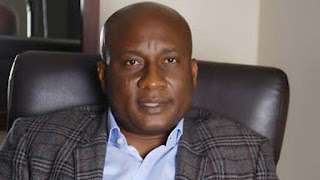 
The United States represents an act of will. It is not a homogenous ethnic nation. It is not the heir to some historic Empire or monarch. It is not a unified religious community. It is not a simple linguistic group. It does not have a particular cultural tradition reaching back through several millennia ———W. Tapley Bernet [Jnr.]

Bernet was US Permanent Representative to NATO. Americans say they are one out of many and God’s own country. They adore the Star and Stripes and believe in the star spangled banner.

I love America and owe no apologies for this. I wish President Donald Trump could just add Nigeria as the 51st state of his country. What some British land grabbers from the Colonial Office destroyed could be salvaged from Washington D.C.

I also love Japan, land of the rising sun. When I see a Jap, I scream ‘Nipponski’ [I love Japan]. Many Nigerian governors have not considered that part of the world as the route to technological leap. They are all jumping to China.

Allen Ifechukwu Onyema is a lawyer, I am not here to defend him. He is a well known businessman. As a man of peace, he set up Air Peace in 2013. There is no doubt that he made money from his peace efforts in oil rich Niger Delta.

And his life is not paved with gold. This man was once a squatter in Oshodi, before being employed by Chief Vincent Nwizugbo, a lawyer from Achina, Anambra State. His office was on Lagos Island and monthly pay, 500 naira.

Onyema has some questions to answer in America concerning his investment. America, their America. It is also our America. The Air Peace boss is ready to defend himself.

I will not read any meaning to this yet. Onyema has not been tried and so remains innocent. Some of his admirers think that his Igbo background is working against him.

I strongly disagree with this reasoning. Onyema is one Nigeria. He hails from Mbosi, in the Ihiala area of Anambra State but was born In Benin City, Edo State 55 years ago.

His wife, Ojochide Alice Ejembi, is Igala from Kogi State. The man who gave Air Peace an Air Operator’s Certificate, Engr. Benjamin Adeyileka, is not from the South-East.

All those who played huge roles in his rise to the top came from different backgrounds. President Umaru Yaradua, Obong Victor Atta, Chief Timi Alaibe and even President Shehu Shagari recognized the worth of a mediator.

America is also Onyema’s America. He was received by President Barrack Obama and has bought enough airplanes from Boeing to add value to their economy. As an Igbo entrepreneur, I do not see the United States crashing his dream.

Mark my words here. America has been good to the Igbo spirit. There is Igbo Village in Virginia. The first Nigerian to graduate from an American University, Dr. Nnamdi Azikiwe, was Igbo.

When Dick Tiger climbed up to Light heavyweight, he knocked out Jose Torres at Madison Square Garden, New York in 1966 to take the belt. He was the only one to be voted Boxer of the Year twice, in that decade by the Ring magazine.

Americans sacrificed a lot for the Igbo in Biafra during the Civil War. There was Bruce Mayrock, the student who set himself ablaze at the United Nations to draw attention to the genocide.

The first African American commercial pilot, August Harvey Martin, died with his wife, Gladys, at the Uli Airport on a mission to send food to hungry Biafran kids. Captain David Brown was killed in the air as he flew relief materials to Biafra.

I have pointed out all this to encourage Onyema. No matter what it is, America cannot dismantle his business empire. The spirit of all those Igbo who helped shape American will guide him.

While Americans do their investigation, I will not rule out the fact that international trade politics is at play. Some foreign airlines know how huge the Nigerian market is. Air Peace is trying to compete with them.

At home, I know President Muhammadu Buhari has done Onyema a favour once. However, this idea of Air Nigeria is still being brewed. Experts say government should stay away from the business.

Capt. August Okpe, who was a Squadron Leader in the Biafra Air Force and served as chief pilot before joining Nigeria Airways where he ended up as Deputy Chief Pilot, hit the nail on the head.

Okpe said: “I think it was government involvement that killed Nigeria Airways. Government is only to regulate and take taxes.”

Capt. Rufus Orimoloye had earlier voiced his mind and blamed the Nigeria Air Force for driving the airline from the sky.

Orimoloye qualified as a pilot in 1962 after Capt. Bob Hayes blazed the trail by becoming the first Nigeria pilot in May 1955. Captains Joe Ajakaiye and Sam Ohioma, came after the pioneer.

The Federal Government remains grateful to Onyema for bringing back Nigerians from South Africa during the madness that engulfed the former apartheid enclave. I do not see Buhari’s hand in this.

Air Peace has sent some airlines gasping for breath. From the United States to South Africa, to the United Arab Emirates, Onyema is moving fast.

I believe in America. President Trump thought more about business interest when Saudi journalist Jamal Kashogi was murdered in 2018. It is possible he remembers the business behind Air Peace: Jobs for thousands and huge cash for American manufacturers.