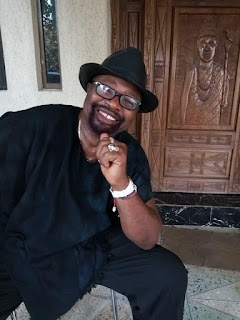 AWKA, ANAMBRA (THE GUARDIAN)--Stakeholders who converged on the Nnamdi Azikiwe University (NAU) Awka, Anambra State have canvassed the emergence of critical thinkers in leadership positions with a view to transforming Nigeria.

They stated this during the Ninth World Philosophy Day of the United Nations Educational, Social and Cultural Organisation (UNESCO) at the Department of Philosophy, Faculty of Arts, with the theme, “Critical Thinking, Leadership and Social Transformation.”

Also, former Chair, Department of English and Speech, A & T State University, North Carolina, United States of America, Professor Chimalu Nwankwo lamented that Africans do not think critically hence their inability to think on their own, but rely on dictates of foreigners.

Another stakeholder, Professor A.U. Igwe wondered if Nigerians apply critical thinking in whatever they do just as he condemned leaders who choose to become egocentric rather than critical thinkers when occupy leadership positions,

Igwe, who is a Professor of History, at NAU, said there were few African leaders who were guided by critical thinking, particularly the former President of Burkina Faso, Thomas Sankara who he described as an ideal leader who employed critical thinking and rational application of force during his regime.

He observed that the UNESCO knows the important role philosophy plays in leadership; hence the declaration of November 21 every year as World Philosophy Day, stressing that critical thinking propels leaders to better the lot of their people.

On his part, Dr. Emmanuel Umezinwa of the Department of Music and the first Master Degree Graduate of Philosophy Department, said western system of thinking has inadvertently made Africans to sharpen their intellect and give too much thought to thinking, adding that there is an “overblown idea of thought.”