Honouring The Memory Of An Excellent Medical Doctor, Humanitarian 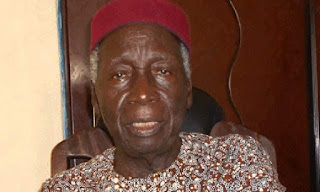 He was born on August 24th 1932 in Nnewi to the family of Ikedife Ugochukwu (Dunu Ifeneti). He attended Nnewi Central School before proceeding to Dennis Memorial Grammar School Onitsha (1946 to 1950). He later attended City College Norwich, England (1952 to 1953) for Higher School. He studied Medicine and Surgery in University of Glasgow, Scotland (1954 to 1959). As a medical student, he was enrolled in the University of London as an external candidate and was awarded a degree in Anthropology in 1958. He obtained a Diploma in Obstetrics (1960) from the Royal College of Obstetrics and Gynaecology and became a Fellow of same college (1963).

On his return in 1964, he joined the Ministry of Health in Lagos as a Medical Officer Special Grade and worked in the Island Maternity Hospital Lagos (1964 to 1966).

He was called to serve in the Eastern Region as a Medical Officer Special Grade in Enugu (1966 to 1967). Later in that year 1967, Dr. Dozie Ikedife founded the City Hospital Aba and was the Specialist-in-Charge till the Nigerian Civil War started. During the Nigerian Civil War, Dr. Ikedife demonstrated his courage and love for his people by staying back in the war ravaged area to assist victims of the war. He spent the 30-month duration of the civil war, rendering medical services to wounded Biafran soldiers and poor citizens in Biafran communities. Towards the end of the civil war, he relocated to his hometown of Nnewi with his family.

While in Nnewi, he built a Specialist Medical Center, “Ikedife Hospital” where he worked till his death.

As a Gynaecologist, he was very passionate about medicine and documented cases he treated. In his scientific observations, he came up with a widely published and accepted theory which he called “First Father Syndrome” in the etiology of PreEclampsia and Eclampsia in pregnancy.

Because of his desire to help train young doctors, in 1981, Dr. Ikedife accepted to be an External Examiner in Obstetrics and Gynaecology in University of Nigeria, Enugu Campus, which he did till 1992. Because Dr. Ikedife was one of those that attracted the College of Health Sciences to Nnewi town, (in 1995), he became a Reader in Obstetrics and Gynaecology in the college.

While exploring ways to mentor and encourage young medical students in the University of Nigeria, in 1988, he established the Dr. Dozie Ikedife Annual Prize for the Best Medical Student in Community Medicine. The annual awards encouraged medical doctors to consider medical practice in rural communities where they are needed the most. Furthermore, in 1995, Dr. Ikedife established the Dozie Ikedife Medal and Prize. An annual award in College of Health Sciences, Nnamdi Azikiwe University Nnewi, for the Best Graduating Medical Doctor.

While practicing Medicine in the rural community, he became more involved in community service and development. In 1972, he won an election into the Nnewi Community Council and was then elected as the Chairman of the Council (1972 to 1975). It was during his tenure as the Chairman of the council that he started the electrification of Nnewi as a town. In recognition of his achievements at the council, Dr. Ikedife was appointed as the Honorable Commissioner for Economic Development by the then Governor of East Central State, Colonel Aboki Ochefu in 1975, and later in 1976, he became the Honorable Commissioner for Economic Development and Finance as appointed by Colonel Atom Kpera who replaced Colonel Ochefu as governor. In 1977, because of pressure from his medical patients in the old Nnewi division, he honourably resigned his appointment as Commissioner and moved back to his rural medical practice.

With the Nigeria’s Second Republic in sight, Dr. Ikedife contested for Federal House of Representatives, on the platform of the National Party of Nigeria (NPN). Though he lost the election, he was in 1979 appointed as the Special Assistant to President Shehu Shagari. He held this position till the end of Shagari’s government in December 1983. As the Presidential Liaison Officer for old Anambra State and the Chairman of NPN presidential campaign team, he worked hard with other party members to deliver the old Anambra State to NPN when his friend and ally, Chief Christian Onoh was elected as the governor of the state.

His selflessness and passion for community service earned him many traditional titles in Igbo land. Amongst them are: Ikuku Ebu Mkpu (conferred on him by the 14 towns in the old Nnewi division in 1980), Ikenga Nnewi (1981), Odezuligbo Umueje, Ogige Agbachi Enyi nke Olu na Igbo and Owelle Idu of Eri kingdom. He was chairman, Igwe Nnewi Royal Cabinet for many years.

Ikenga Nnewi was actively involved in the Rotary Club movement. He founded the Rotary Club of Nnewi as its Charter President (1985 to 1986). In 1997, he became a Paul Harris Fellow and winner of Vocational Services Award. He was also member of many social clubs; Peoples’ Club of Nigeria, Anaedo Social Club, Anyi Bu Ofu Social Club among others.

He continued to be active in his medical profession and in the advancement of Igbo heritage. In 2006, he was elected as the President General of Ohaneze Ndigbo. His tenure as the President General of Ohaneze Ndigbo saw a revitalized body, strengthened by unity and common interest. He insisted on drawing circles of inclusions rather than circles of exclusions. He believed in the words of Buddha, that “peace comes from within”. He was a courageous leader who spoke his mind, stood on the side of the truth and was not bothered being a lone voice.

For more than 59 years, Dr. Dozie Ikedife was a medical icon that bestrode the medical and political fields like a Colossus granite rock. Until his death, he was unwavering and uncompromising in his commitment to the causes he believed in, like the preservation of Igbo culture, his persistent belief in community service and his love and commitment to his family, Nnewi community, Igbo race, Nigeria and Africa.

He was married to Hon. Chief (Mrs.) Christie Ikedife (Ayolugo Nnewi) for over 50 years and the marriage was blessed with many children and grandchildren. He loved listening to classical music, reading books, planting Iroko trees, drinking good palm wine and Drambuie Whiskey.

*Madueke can be reached at chuksmadueke@yahoo.com