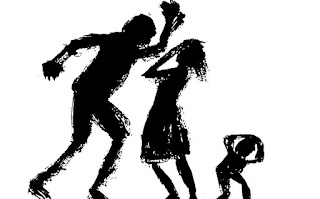 OWERRI (VANGUARD)--The South-East zone has topped other regions in Nigeria, with the highest number on Sexual and Gender-Based Violence, SGBV, in Nigeria. The Executive Secretary National Human Rights Commission, NHRC, Tony Ojukwu, yesterday in Owerri, made the disclosure on the ongoing public hearing and investigation into cases of sexual-based violence in the country.

He added that out of the 114 cases received from the six geo-political zones of the country, that South East region has 41 number of the cases.

It was followed by South-South (26) North Central (19), South West (15) and North East (4). According to Ojukwu, “The core mandate of the Commission is to promote, protect and enforce the human rights of Nigerians and all living within the country. In realizing these mandate, the Commission can investigate all alleged cases of human rights violations as well as monitoring developments in various thematic areas.

“Human rights; assisting victims of human rights violations through appropriate awards and compensation; bringing its findings to the attention of the government to ensure government compliance with its international and regional human rights obligations, etc.

“So far, the Panel has received one hundred and fourteen (114) complaints/memo across the six (6) geo-political zones with South East accounting for the highest number of forty-one (41) representing 36% of the total complaints received. North Central accounts for nineteen (19); North West has twelve (12); South-South has twenty-six (26); South West fifteen (12); and North East four (4).

“This is to enable the panel to have firsthand information on a different type of cases being handled/managed by the centres. The Commission after its sittings in Owerri will replicate this sitting in Abakaliki, Benin City, Calabar, Kano, Yola and a return to Abuja to complete pending complaints before it.

“This will enable all victims of all SGBV all over the federation to be heard. We, therefore, urge other victims of sexual and gender-based violence to forward their complaints to the Panel. The Panel assures of adequate protection of identity whereof victim(s).

” He highlighted further that, “The essence of this Public sitting is to check the scourge of sexual and gender-based violence in Nigeria and increase access of Nigerians to the services of the Commission to seek for accountability where there is evidence to indicate that any officer or officials or any individuals have been involved in acts of sexual and gender-based violence.

“The public sitting is also to provide opportunities for a fair hearing to both complainants and alleged violators and to mainstream human rights norms and tenets into the operations of AEPB, Law enforcement officials and members of the public, etc in line with global best practices and internationally accepted human rights standards.

“The public inquiry will furthermore provide stakeholders opportunity to contribute ideas on how best to develop guidelines and policy on sexual and gender-based violence for institutions, MDAs, public and private organizations and homes that can serve as good practices against the backdrop of reported cases of abuse.

“May I use this opportunity to commend the complainants and the public for the courage to lodge their complaints and submit memoranda to this Panel despite some reported cases of intimidation.

“I want to assure all that this Panel and the Commission will adhere to the principles of a fair hearing in discharging its functions and will not stand idle and watch while the fundamental human rights of citizens being trampled upon and violated by law enforcement agencies, entities or individuals.

“The Panel will sit in private when the situation demands to protect the victims from stigmatization and other challenges associated with Sexual and Gender-Based Violence cases.”