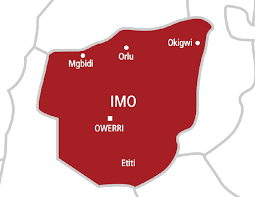 
I do not like attributing a peculiar attitude, behaviour, or characteristic to any one particular group of people, language group, religious group, tribe, etc., and using it as basis for reaching a conclusion in an argument. This is because any such conclusion may not likely follow from its premises.

Besides, drawing up conclusion in an argument based on one’s place of birth or where one comes from may largely be abusive, or fallacious . In logic, we call it “Argumentum ad Hominem”. That is to say, argument based on a person’s place of birth, or his origin.”Can anything good come from Nazareth?” That was the question Nathaniel asked when he was told about the person of Jesus Christ, which is a fallacy or fallacious.

When we were growing up, they used to tell us stories about a certain group of Igbo people who were very noted for personal enjoyment, that is, who love to enjoy themselves. They would spend endless hours in beer parlours, eating and drinking, and would tell whoever cared: “Ntaruma ugba, Nghuruma mminyi, Ndi agbaagba ruruma”. (While I will be eating and drinking, let those building zinc houses continue with whatever they doing). I do not know the truthfulness or otherwise of this story, but we still joke with it.

Imo State, since the recent Supreme Court judgement where the last suddenly becomes the first, is becoming very interesting. Everybody there wants to become part of the winning team, whether that win was by fair or foul means. Nobody wants to be in opposition. Everybody wants to have a bite in the largesse of government. They all want enjoyment, no suffering.

But like the Supreme Court verdict, everything has changed. The All Progressives Congress (APC), which formerly had no member in the State Assembly, presently has 18 members, while the Peoples Democratic Party, originally with 13 members, is now having only 8 members. The rest of the other political parties have emptied their members into the APC. That is Nigerian politics for you.

We do not know what is responsible for this dramatic turn around, whether it is part of the hallmark or characteristic of this group of Igbo people who were noted for enjoyment, or whether it is externally induced, or both.

In the present political dispensation, Imo State appears to be the only state in the country that does not have attachment to any political party. They always change political parties like undies.

At the onset of the current democratic governance in 1999, Imo people voted for the Peoples Democratic Party (PDP), which had Achike Udenwa as its Gubernatorial flag bear. When Achike Udenwa served out his tenure as Governor in 2007, Imo people switched over to the Progressive Peoples Alliance (PPA), with Ikedi Ohakim flying the Gubernatorial flag of the party. Ohakim later left PPA and decamped to the Peoples Democratic Party as Governor.

When Rochas Okorocha was in his best elements, virtually every Imo person was singing his praises and hailing him. They saw Okorocha as their redeemer, but at the twilight of Okorocha’s administration, Imo people turned their back on him. That was why in spite of the larger than life presence of Rochas Okorocha during the last general election, the people of Imo State voted for the PDP and Emeka Ihedioha.

Thus, while some people may believe pressures from outside to be the reason for what is currently happening in Imo State, others, however, impugn financial inducements and the character of some Imo people, who are pleasure loving, as actually responsible.

Many people are still in dilemma, going by what is presently happening in this self-acclaimed “Igbo heartland”, whether Imo people could still be counted in the struggle of the Igbo people to have a respectable place in the Nigerian political scene. Perhaps, they may be tempted to describe the people of Imo State as unreliable, or not to be trusted in the struggle for the Igbo cause.

Imo State under Rochas Okorocha was their target for a berth in their plan to capture Igboland, but that had failed to materialise. Will the new man in the saddle provide that launch pad? We keep our fingers crossed. Interestingly, they had told us that they will capture three states in the South East in 2023!

We do not want to insinuate that everybody in Imo State is cash and carry, or not principled. On the contrary. There are many respectable and responsible people in Imo State who are in tune with the Igbo cause. They should stamp their feet and not allow the few bad eggs in their midst to dent or spoil their credentials.