The Igbo Must Not Lose This Social Media War 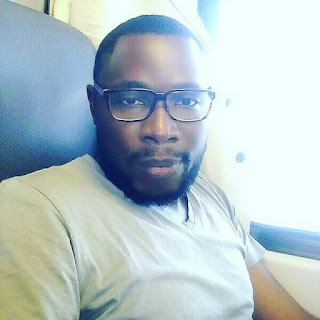 
For decades after the Nigerian Civil War, the caliphate and the Yoruba media elites used the traditional media to batter the image of the Igbo. It is a fact that the Igbos lost the war – but it is not a fact that they lost to Nigeria – who were no match to the Biafran war ingenuity. The Biafrans lost the war to Britain and Russia, who provided Nigeria with the technology and personnel that ‘won’ the war. Therefore, if that history has to be written or told correctly, it is right to say that the Igbos were not defeated by Nigeria, but the British and Russia did.

After that gruesome war, the Nigerian state deployed everything in its power to demonize and destroy the psyche of the Igbo people. The goal was to make them see themselves as conquered people. This Nigerian contrivance can be summed up thus: to scar the pride of the Igbo and make them loathe themselves. In fact, to some extent, it did succeed. Some Igbo people today live in denial of their true identity and prefer to go with some artificialness called south-south and Niger Delta.

One of the instruments massively deployed by the Nigerian state to damage the perception and reputation of the Igbo people was its institution of traditional media. It has always constructed the Igbo as the villain of everything evil in the existence of the contraption created by Britain. Nigerian who asks questions on the Nigerian project and has no clue of the answers would automatically blame it on the Igbo. In the default setting of their minds, the Igbo became the cause of their litany of problems, while the real enemy stealthily continues to loot dry their treasury and future. While they keep blaming the Igbo, the sons of the caliphate, prepare and arm themselves for the final push of conquest of dipping the Koran in the Atlantic Ocean. The Igbo was the distraction created to keep them fighting the wrong group.

In all these, the Igbo man has carried himself with dignity and has refused to bow to the caliphate. The Igbo as a group remains the southern fortification keeping the enemy from advancing further south to dip their Koran in the Atlantic.

Forward to the 21st Century, social media now play an increasing role in the construction of Igbo narratives. Likewise, it is playing a significant role in the deconstruction of the Igbo narratives created by the caliphate and their stooges, and it is ‘repairing’ the damage on the Igbo reputation and preventing the Nigerian state from deepening their control on how the people perceive the Igbo people. The Igbo actors in this new form of war are not relenting – and they are using social media in building relations where necessary. With its dialogical potentials, Igbo actors are engaging in interactive ways and enlightening minds more than the classic media, thereby countering the organized hate-filled and demonizing narratives of the Nigerian state media institutions.

With this tool now in our hands, it behooves all concerned actors to use it to disrupt the Nigerian maligning social order, to affect stakeholders that matter in repositioning the Igbo nation, and to puncture the reputation and false legitimacy of the Nigerian state. This effort has to be intentional and not left to chance because social media is the new battleground which the Igbo cannot afford to lose.

Today the narrative has shifted, and the world is becoming aware of who the real aggressors are. We are using social media to tell our stories and to make the world see how the Fulani Jihadists are raping and killing our women in their homes and farmlands. Today we are showing to the world how Christians are beheaded by Nigerian state-sponsored terrorists. Who would have believed 10 years ago that Fulani would become the new Nigerian common enemy? That would have sounded impossible. Of course, the Igbos are still not in the clear of the over 50 years of damage done to them. Each day, they inch closer to turning the narratives, beaming the light towards the real aggressors and enemy – the caliphate and its marauding Jihadists who day-in-day-out are killing Nigerians.

It is not time to rest on your oars because the caliphate is doing everything in its power with the wealth it has stolen for decades to collude with world actors who are willing to keep blind eyes to their atrocities in that contraption. I repeat: The Igbo must not lose this social media war.