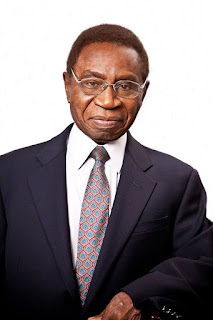 All roads lead to Nanka in the Aguata area of Anambra State to honour Dr Clement Chukwukadibia Onyemelukwe, a man who earned respect for Africa, lit up Nigeria and kept Biafra alive during the civil war.

Onyemelukwe, an Engineer who also bagged a degree in economics was known in America more than Britain where he attended university. That was just the beginning. By 1968, he had become the pride of Africa and a hero globally.

With a bachelor’s degree in engineering from Leeds University [1956] and higher qualification in economics from London University, Onyemelukwe joined the Electricity Corporation of Nigeria [ECN] in 1960. By 1962 he rose to the position of chief engineer.

The engineer initiated and worked on the 330KV electricity grid which is still used in the country today. He is thus dubbed the ‘Father of Electricity in Nigeria.’

When war broke out in 1967, Onyemelukwe relocated to Biafra. And that was where he performed more wonders, from the Biafra Coal Corporation to the Biafra Airport Board.

One could describe Uli Airport as the eighth wonder of the world. When Biafra was cut off from the rest of humanity, Onyemelukwe and his team made sure relief flights landed and took off under the cover of darkness.

That turned out to be the largest civilian airlift operation in the globe and at a time the airport, code-named ‘Anabelle’ was the busiest in Africa. This was a structure that did not exist until 1968.

It was a risky venture because Nigerian Air Force jets hovered above the airport. The brave pilot that made the first flight to Uli in 1968 was Swedish philanthropist, Carl Gustaf von Rosen.

As Chairman of the Biafra Airport Board, Onyemulekwe gave the people two major airports, Uli and Uga, and built five other smaller airports. The Biafrans were not only vigilant, but ingenuity was also at work.

Onyemulukwe showed he was special and different when he married Catherine Zastrow, an American Peace Corps Volunteer in 1964. She was serving in Nigeria and they met in 1963.

Zastrow came from a loaded background. Her father, Peter, was an Engineer. Maternal grandfather, Herman Danforth, was the first President of America’s Federal Land Bank. He got that job in 1917, from President Woodrow Wilson.

Miss Zastrow could have been named after her aunt, Catherine Danforth, who died at 13 months on November 11, 1916. Her death at St. Luke’s Hospital Chicago, was attributed to ‘heat-induced heart trouble’.

When Catherine fell in love with Onyemelukwe, she was a Kentucky girl. It was illegal for a black to marry a white woman in that part of the United States.

The Zastrows backed their daughter and attended the wedding at Our Saviour’s Church, Lagos in 1964. The intercontinental wedding was talk of the globe and reported in Ebony and Life magazines.

Onyemelukwe used to love to conquer. On October 13, 1961, American Peace Volunteer, Margery Mitchelmore, had caused a stir through a postcard she sent from Nigeria to a friend at home in which she highlighted the host country’s ‘squalor and absolutely primitive living conditions’.

Students of the University of Ibadan hit the street in protest. Onyemelukwe was at the ECN. He was also at Ibadan before a British Scholarship took him away from the University College to Leeds.

Two years later, the former University of Ibadan student met another American Peace Volunteer. In far away, Colombia, a Volunteer married the Mayor of Cali.

Nigeria was alluring to the Peace Corps Volunteers. When Onyemelukwe and Zastrow got married, there were more Volunteers in the country, 606, than anywhere else, from Afghanistan to Malaysia, Turkey, Tunisia and Uruguay.

Zastrow followed her husband to Biafra. Some former Peace Corps Volunteers flew to Biafra to help the relief efforts. One of them, David Koren, spent all his time at the Uli Airport and put down his experience in a book, ‘Far Away in The Sky; A Memoir of the Biafran Airlift.’

Mrs Onyemelukwe left Biafra with their children in 1968 to join her parents in Madeira, Portugal but has remained a Biafran in spirit. She speaks Igbo and even wrote a book, ‘Breaking Kola’, in 2018. She also kept memoirs.

Onyemelukwe’s wife kept records for her husband and posterity. Through them, we have come to know that in June 1969, there were 250 relief flights to Anabelle. The flights came in majorly from Sao Tome, then Libreville, Cotonou, Santa Isabel, Lisbon and Abidjan.

Onyemelukwe was not all about Uli. He was involved everywhere. That coal could be used to produce fuel was innovative. When Port Harcourt fell, refineries emerged in Uzuakoli and later Amandugba.

However, through Uli, Biafra lived longer than expected. When a Hospital and Rehabilitation Center, the Saint Andre Refugee Centre, was set up in Gabon to treat kwashiorkor ravaged kids, Dr Theodore Okeahialam and his group relied so much on the Airport.

Children were flown out and given a mixture which restored their health. They all shouted: ‘De Dieu Biafrae’ [God of Biafra]. Captain Manuel Reis managed the Airlift from Angola. Squadron Leader Artur Alves went after Nigerian fighter jets to protect Uli.

Onyemelukwe returned to ECN after the war but quit for private business. He died, January 18, 2020, in West Port, Connecticut USA. Burial has been fixed for April 2020.

Nanka is preparing for the funeral. I confirmed that from an old school mate, Okechukwu Ndeche, a former INEC top shot, from Umudunu-Agbiligba.

The world will be involved. The Federal Government must bury this man, the ‘Father of Light’. As I work on a Memorial for Biafra, it is the duty of all lovers of history to join.

The story of Biafra must continue to be told. Nigeria should learn from history. Onyemulukwe is History in motion.
Clement Onyemelukwe Emeka Obasi Igbo Vanguard