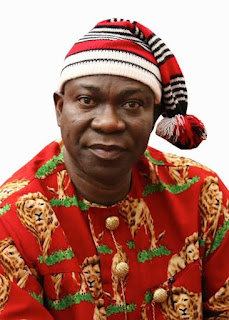 The flurry of meetings by governors of the southeast, south-south and northeast zones, to establish regional security outfits, akin to the south-west experiment, was predicted by this column. Last week, as the legislative assemblies in southwest states were simultaneously passing the security network bills, otherwise known as Amotekun, the governors of south-south met in Asaba, to plan a regional security initiative. Of note, the media projected the Amotekun laws as not authorising the bearing of arms by the security outfit.

Each state will subsequently apply to the Inspector General of Police (IGP) to authorise its outfit to bear arms. Of course, by the provision of the Firearms Act, Cap F28, Laws of the Federation of Nigeria, 2004, the IGP has powers to authorise the bearing of certain categories of arms, while the authority to bear more sophisticated firearms can only be granted by the president. So, the arms with which the various mutating security outfits will use to defend their states will depend on the discretionary powers of federal office holders, not law.

Well, Amotekun, according to knowledgeable insiders may also rely on traditional methods, like charms and magic, to defend and ward off armed bandits, and kidnappers. I look forward to when eminent office holders, visiting the states in the region, would ask the regular police to hand over their protection to these security outfits relying on charms and amulets. Well, in fairness to the promoters of the zonal security network, the outfit will also gather intelligence for the police and other security agencies.

But will the proposed state security outfits and the touted collaboration deal the needed heavy blow to the high level of insecurity across the states in the country? I doubt. While this column is not an authority in African mysticism, to gauge the efficiency of charms, amulets and magic; my father who worked with the correctional services, before fakes took over our everyday lives, (may God rest his beautiful soul) told me that such things were ineffective when government wants to enforce law and order.

Going forward, a more plausible answer to the grave challenges of insecurity trying to torpedo our dear country, should be a further amendment of the 1999 constitution, the Police Act, and the Firearms Act, to allow a shared policing power between the federating units and the central authority. Why state governors are excitedly working hard to convince the people they govern that oranges and apples are one and the same, instead of demanding for powers to buy apples, which they know is what is needed by their people, beguiles this column.

Perhaps, the art of governance includes playing the ostrich? Interestingly, the former deputy senate president, and the senator representing Enugu West, Senator Ike Ekweremadu, has presented a bill seeking relevant amendments to enable the federating units – the states, share policing responsibility with the federal government. Except the governors are merely grandstanding about confronting the crisis facing them as chief security officers of their states, they should all latch on the Ekweremadu bill, to deal the challenge a heavy blow.

To completely emasculate and embarrass the federating units, section 215(4) first provides: “subject to the provisions of this section, the governor of a state or such commissioner of the government of the state as he may authorise in that behalf, may give to the commissioner of police of that state such lawful directions with respect to the maintenance and securing of public safety and public within the state as he may consider necessary, and the commissioner of police shall comply with these directions or cause them to be complied with.”

But in a proviso, the power seemingly donated by the constitution was desecrated. It says: “Provided that before carrying out any such direction under the foregoing provisions of this subsection the Commissioner of Police may request that the matter be referred to the President or such Minister of the Government of the federation as may be authorised in that behalf by the President for his directions.” Such a nebulous provision, can be relied upon by the commissioner of police, for instance, when a state government wakes him up, that a village is under attack by herdsmen.

To make this anomalous proviso secure and inviolable, subsection (5) provides: “The question whether any, and if so what, directions have been given under this section shall not be inquired into in any court.” So, while the establishment of an alternative police is unlawful, if the president and his IGP decides to make the governor of the state miserable with respect to use of the federal police in the state to maintain security of lives and property, the constitution provides them opportunity to lawfully do so.

To put concrete on the emasculation of the federating units to provide reasonable security by themselves, the Firearms Act seals their fate. Of the three categories of firearms, referred to in sections 3, 4, and 5 of the Act, the governor cannot authorise the licencing of any. Section 3, which deals with category of firearms in the schedule part l, authorises the president to issue licence at his discretion, while section 4 which deals with personal arms, listed in Part ll of the schedule.

It is with respect to the firearms listed in the Part lll of the schedule referred as muzzle loading guns, that the Commissioner of Police is expected to consult with the governor to issue licences. How the regional security outfits will use the muzzle loading guns to confront the bearers of AK-47, not to talk of the self-loading RPGs which has flooded our country is anybody’s guess. To compound the dire security situation, the ineffective security networks and absence of federal police in the remote villages across the country, makes the villages sitting ducks for the dare-devil criminals working to upend our country.

Mallam Nasir El-Rufai of Kaduna State acknowledged his helplessness some days ago, when 51 indigenes of his state where mercilessly massacred by bandits. While his apology is appreciated, uncharacteristically, he didn’t offer a solution to the menace. Perhaps, apologies will now replace the condolences we have been used to getting from ineffective state authorities. To change the paradigm, the bill sponsored by Senator Ekweremadu, makes a lot of sense.
Essay Gabriel Amalu Ike Ekweremadu The Nation