IMO STATE: What Wrong Have We Done? 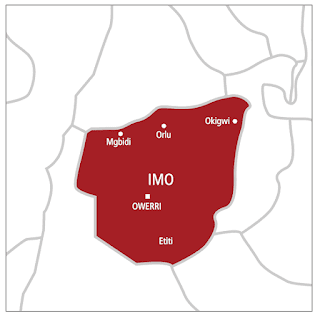 According to Aesop the Philosopher, “There was once a dog who used to snap at people and bite them without any provocation, and who was a great nuisance to everyone that came to his master’s house. So his master fastened a bell around his neck to warn people of his presence. The dog was very proud of the bell and strutted about tinkling it with immense satisfaction. But an old dog came up to him and said, the fewer airs you give yourself the better, my friend. You don’t think, do you think that your bell was given you as a reward of merit? On the contrary, it is a badge of disgrace”.

What the above fable teaches is that notoriety or unsavoury reputation is often mistaken for fame. Someone may become famous for being insalubrious and can be celebrated in a morally depraved society like ours. The fable as reflected above has a lot to teach us concerning the present situation of Imo state.

It is in taking it serious that some people kill for something that does not worth it. When one takes the case of Imo politics serious and relates it to our present situation, the philosophical analysis of Aristotle comes into play. The soul of Imo is seriously been battled for. Who will govern Imo? Is Chief Ihedioha wrong to have gone for the review of his case? Is Ihedioha now in the bad book of the Supreme Court judges for asking for the review of the case he claimed that justice was miscarried? Again, should Emeka Ihedioha ignore Senator Hope and allow him settle down to rule Imo without fighting for what he considers as his right? These are questions begging for answers. On the other hand should Gov. Hope fold his arms and watch Chief Ihedioha snatch away the victory he has laboured for all through his life time? I am getting worried because it is the soul of Imo that is under intense attack. Imo has always been a playing ground for political grasshoppers. Oh what wrong have we done?

In all these political battles, who are the beneficiaries and who are the losers? Imolites are suffering; we need stability in our polity. Both of them are not struggling to govern Imo because they love Imo more than Imolites; we all know what they want but the most desperate one is the most fearful.

In his book, “Aesop’s Fables” a serious fable is highlighted on the old woman and the doctor. The fable goes thus, “An old woman became almost totally blind from a disease of the eyes, and consulting a doctor, made an agreement with him in the presence of witness that she should pay him a high fee if he cured her, while if he failed he was to receive nothing. The doctor accordingly prescribed a course of treatment, and every time he paid her a visit he took away with him some articles out of the home, until at last, when he visited her for the last time, and the cure was complete, there was nothing left. When the old woman saw that the house was empty she refused to pay him his fee, and, after repeated refusals on her part, he sued her before the magistrate for payment of her debt. On being brought into court she was ready with her defence. ‘The claimant’ said she ‘has stated the facts about our agreement correctly. I undertook to pay him a fee if he cured me, and he, on his part promised to charge nothing if he failed. Now, he says I am cured; but I say that I am blinder than ever, and I can prove what I say. When my eyes were bad I could at any rate see well enough to be aware that my house contained a certain amount of furniture and other things; but now, when according to him I am cured, I am entirely unable to see anything there at all.”

Like the fable of Aesop, when Archimedes the philosopher was expressing his intentions and capacity of moving the world by his dictum and allusion expressed thus, “Give me a place to stand and I will move the earth” Socrates had already responded, “Let him that would move the world first move himself”.

Do we need a Governor who like the doctor Aesop told us about who offered to cure a woman of her blindness, who in the same vein and in accordance with his usual propensity took away a piece of article from her house anytime he paid a visit. During his last visit, he left nothing with the woman. The woman saw him going with her properties one after another until the house was emptied and she refused to pay him his medical fee. The greedy doctor had the mind to sue her in the magistrate court for not paying him his fee as agreed.

The woman on her part was ready with her defence. She did not argue with the doctor at all rather she presented her own part of the story. In her words, “…I undertook to pay him a fee if he cured me, and he, on his part, promised to charge nothing if he failed. Now, he says I am cured, but I say that I am blinder than ever, and I can prove what I say. When my eyes were bad I could at any rate see well enough to be aware that my house contained a certain amount of furniture and other things; but now, when according to him I am cured, I am entirely unable to see anything there at all”.

We don’t need a governor that is like the medical doctor who came to cure our blindness but gradually he is taking away our heritage. We need peace in Imo no one is greater than ndi Imo.
Essay Imo State Nathan Uzoma Protus The Nigerian Voice