INTERVIEW: ‘Nweze’s Dissenting Judgment Will Haunt Us As Nation For A Long Time’ 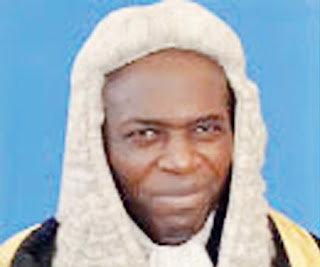 Would you say that the Imo governorship final verdict by the Supreme Court was a convenient escape route by the court to redeem its image?

The Court just decided to insist on its ‘finality’ posture at the expense of Justice.
I truly and sincerely believe that the Court knew that a mistake was made in the judgment that removed Ihedioaha. But I think they had great difficulty reversing themselves so soon, probably thinking of the image of the Court in the international community. It seems to me that Justice was sacrificed on the alter of some mundane and hidden considerations.

Having established several past precedents, why do you think the Supreme Court refused to reverse itself?


The answer to this second question is same as the answer to the first question. Supreme Court found itself in a ‘culdesac’ or a ‘dead end’ of some sort. It just decided to stand by its earlier judgment (even if it was wrong). That is why Justice Nweze in dissenting judgment said the judgment will haunt us as Nation for a long time. It is as if our long established jurisprudence on election matters has been turned ‘upside’ down. We, in the legal profession ,know that we have serious legal issues to contend with now and in future election cases. Nothing is sacrosanct anymore. The Bayelsa judgment too has the same ripple effect.

How do you think the Ihedioha case will affect future litigants in similar circumstance?

I adopt my answer above for this question.

The Supreme Court recently imposed unprecedented heavy fines on counsels. What other measures should the Court take to forestall abuse of court processes, particularly by politicians?

Well, the issue of imposition of heavy fines on the senior lawyers for approaching the Supreme Court to review its judgment is unprecedented and frightening. Actually, no Lawyer should be happy about that because it could have been anybody. The question whether or not the application for review was an abuse of Court process is judgmental. That is what the Justices said. I personally believe that whether they were right or wrong to come to that conclusion, time will tell. But one thing I am sure of is that there is no unanimity of opinion on that issue in the legal profession. So, the debate will go on for a long time.

God who is ultimate Judge, and he is the Almighty one that will eventually have the final/conclusive say in the matter.

Are you concerned that elections, in many instances, now appear to be decided by the courts and not the electorates?

The trend of the decision of the Supreme Court in the cases of Zamfara, Rivers, Imo and Bayelsa, cannot add value to our democratic and electoral processes in this Country. Any judgment that changes the will of the people expressed in voting at elections, through such judgments is what I refer to as ‘judicial shortchange’. It is doing more harm than good.

What is your take on the dissenting judgment by Justice Centus Nweze?

The dissenting judgment of Justice Centus Nweze was bold, courageous, factual and truthful.
I foresee a situation in which that minority judgment will one day (very soon), be not just the ‘majority’ judgment, but it will be the only (celebrated) judgment.

Should the right of a litigant be sacrificed because the Supreme Court is final?

It is not just that the right of a litigant is being sacrificed by the finality of the Court. Justice is being sacrificed. If people are not convinced that Justice has been done, then the Supreme Court itself cannot be happy and must be concerned that it is not serving the people well. After all,the Court’s ultimate relevance is that it is looking after the welfare and wellbeing of the Nation. There is too much criticism of the Court’s showing in recent times. So,the Court must do a critical appraisal with a view to making necessary adjustments.

With signal from the Supreme Court can we conveniently say that the Judiciary is the last hope of the common man.