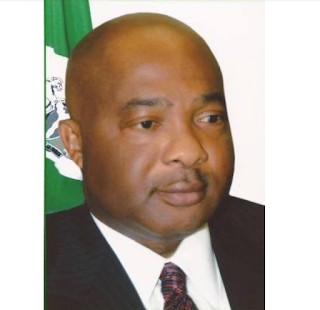 Nseobong Okon-Ekong dialogues with Chief Longers Anyanwu, a chieftain of the All Progressives Congress on expectations from Governor Hope Uzodinma of Imo State

As an insider of the APC decision-making clique are you aware of pressure on Governor Hope Uzodinma to extract certain compromise from him?

The so called pressure to extract special considerations by some power cliques from Governor Uzodinma is a common knowledge to all and sundry in the state. It has become a common knowledge to the people. I guess that’s why the new governor is being careful in who and whom to associate with in order not to allow them infest him with the virus of public opprobrium.
But I can truely confirm to you that there are some powerful clique here and there determined to arm twist the governor to bow to their whims and caprices without consideration to the wishes and aspirations of the overall Ìmo people. The governor should not fall for such heinous trap.

How would you advise the Imo State Governor to engage the contending interests like the former Action Alliance (AA) candidate, Uche Nwosu and Godwin Araraume of the All Progressives Grand Alliance (APGA) who could have played the spoiler but allowed him a relatively smooth sail?

In a complex state like Ìmo, there’s no way the governor will run away from engaging with different with groups no matter their colour and shape. But he has to be at his best having the fear of God and in respect to the overriding sensibilities of Ìmo people. All the political parties and leaders you mentioned are all members of APC who left in pursuit of their individual ambitions as a result of the ‘macabre’ dance that ensued as a result of the implosion in APC before the gubernatorial primaries and elections. He has to accommodate all particularly those who genuinely want reconciliation.

Managing the different blocs within the APC in Imo State may be a major headache for the Governor, would it better for him to face governance squarely and allow the party chieftains to manage the intrigues within the party?

I totally agree with you. Politics and party intrigue is over. People should allow him concentrate on good governance delivery.

Imo State will now have an off-season governorship election, is that some kind of comforting news to the APC? Can this be exploited to an advantage?

No matter what season you fix elections it’s only God that’s the final arbiter. It doesn’t matter really the only thing is that it removes some pressure from the governor. However, it has its own attraction of eliciting national attention. I think the only panecea is to give people good governance. Simple.

What does the APC need to do to retain its winning edge?

APC under Governor Hope Uzodinma is sure-footed in Ìmo state now with his emergence. Senator Uzodinma, the governor is a consummate politician. You ignore him to your own peril. He is a party man per excellence. The greatest advantage APC will enjoy under his leadership is a generic growth of APC in the entire South-east. Watch out Igbo politicians will now join APC under his leadership because Uzodinma is a leader who knows how to work with everyone.

As you can see in the State House of Assembly, upon the emergence of Sen Uzodinma as governor all the members defected to APC. The PDP state chairman resigned.