English Prof. Chris Abani Talks About Identity And Language In His Memoir ‘The Face’ 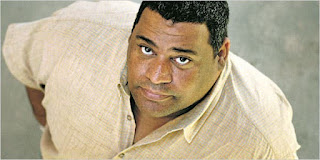 English Prof. Chris Abani, director of NU’s Program of African Studies, discussed his memoir “The Face: Cartography of the Void” on Friday as part of the Global Lunchbox speaker series.

A Nigerian-American author, poet, essayist, screenwriter and playwright, Abani uses many forms of literature to produce pieces with unique themes and genres. At the event, he said language can create and shape identity.

“Everything is a story, a narrative,” Abani said. “Language is the first and most powerful technology ever invented by humans.”

Abani said his experiences with Nigerian and American cultures and languages inform his stories. His understanding of other languages, like Igbo, helps him write pieces that go beyond individual genres, he said.

Igbo culture also helps Abani view narratives in a sense larger than the self, he said.

“In Igbo, you are not just yourself, but a cosmology,” Abani said. “When you greet someone, you greet them and the cosmology –– being the stories –– that follows them around.”

Writing, as Abani sees it, is a continuum. He said writers cannot settle on a single place or genre if they want to accurately capture the nuances of stories and characters.

Mentorship is the key to understanding this complex relationship with self and the stories that make up the world around us, he said.

Abani advised others to approach mentorship through apprenticing yourself to your craft — learning from those who came before you and creating as much as you can. Mentorship helps point people in the right direction, he added, and create answers for themselves rather than finding answers from others.

“Storytelling at its core is an expanding archive of human knowledge, of human consciousness,” Abani said. “Mentorship is really about helping someone get to where they want to go, rather than telling them where to go.”

Danny Postel, an administrator for the Global Lunchbox speaker series, said Abani’s works are more than works of literature, but an analysis of language and identity.

“Abani’s memoir is an exploration of the very nature of identity,” Postel said.

Postel said the Global Lunchbox speaker series are a great opportunity for students and faculty to connect with scholars of all fields. The events, which highlight research from social scientists on global issues, take place every Friday.

Ian Hurd, the event’s moderator, said a unique part of Abani’s work is his ability to tap into the core of what it means to be human.

And Abani looks to explore cultural intersections throughout his life in his stories. He said his memoir expands on his ideas about the cross-sections of language, identity and culture.

He added that an important part of his writing process is being willing to make mistakes. Failure has led Abani to his newfound understanding of how storytelling functions at a greater level, he said.

“Failure is an integral part of the process,” Abani said. “If you’re not failing, you’re not doing anything interesting.”
Chris Abani Igbo Diaspora Katherine McDonnell Literature