Ndigbo Urged To Sustain Culture Of Self-Help To Deepen Devt 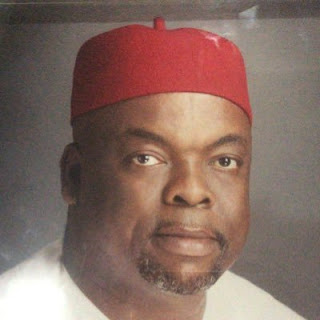 UMUAHIA (THIS DAY) -- With the ever increasing competition for government attention among the various sections of the country, Ndigbo have been urged to sustain their age-old culture of self-help in order to deepen development in their communities.

Former Minister of Labour and Productivity, Chief Emeka Wogu, made the call at the weekend in a chat with journalists after inaugurating a road project constructed by a private citizen, Mr. Julius Nwojo Osiri, at Abiriba in Ohafia Local Government Area of Abia State.


He said the Igbo spirit of self-help was amply demonstrated in the construction of the road, adding that Ndigbo have over the years learnt to depend less on the government.

The former minister recalled that the culture of self-help was well entrenched after the civil war following the failure of the General Yakubu Gowon-led federal government to implement the policy of reconciliation, reconstruction and rehabilitation.

“We are development-inclined, resilience, and we don’t wait for the government to do everything for us,” he said.

To illustrate the power of self-help, Wogu cited Abiriba community fondly called ‘Small London’ because of its level of development, saying over 80 percent of the infrastructures in the community were products of self-help by the people.

However, he pointed out that there is a limit to what could be achieved through self-help, citing construction of highways, hence, the government should not abandon its responsibility to the people. He noted that the cry of marginalisation in the South-east region came about because of the non-implementation of the three Rs promised by Gowon.

The man behind the road project, Osiri, said he was motivated by the spirit of self-help inherent in Abiriba people to build the street in memory of his father, Prince Nwojo Egbebu Osiri, who passed on seven years ago.

“If you can’t do much, you can do a little to positively impact on our environment,” he said, adding that “every little effort counts.”

Osiri, who also dedicated his new house, advised that those who have the means should not hold back in helping to develop their communities, saying: “We shouldn’t be waiting for the government to do everything for us.

“In any direction you find yourself and you know you can impact on the society, please do so,” he said, noting that a little drop of water eventually make a might ocean.
Emeka Nwogu Emmanuel Ugwu-Nwogo Igbo Culture This Day