February 23, 2022
"But the press has helped to turn Okafor’s death into a non-story, by disseminating state propaganda that diminishes the death’s significance, then responding to that propaganda with opinion essays instead of investigations."
BY DREUX RICHARD 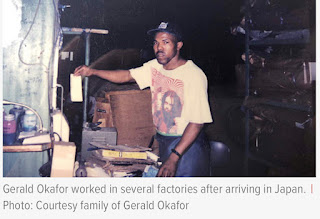