Akwaeke Emezi: ‘I’d Read Everything – Even The Cereal Box’ 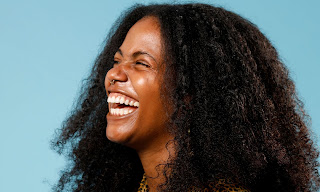 Akwaeke Emezi, 31, is a writer and video artist of Nigerian and Malaysian heritage and a “nonbinary trans and plural person”. Nigerian-born and raised, they currently live in Brooklyn. In 2017 Emezi won the Commonwealth short story prize (for Africa region) for Who Is Like God? Their highly acclaimed first novel, Freshwater, is a coming-of-age story that follows Ada from a troubled childhood in Nigeria to an American university where a traumatic event takes place. The book is about sexual, spiritual and emotional awakening and the negotiating of many inner voices inside a multiple self. The New York Times has hailed it a “remarkable and daring debut novel” and the New Yorker as an “indigenous fairytale”. Emezi’s children’s book, Pet, is to be published in 2019, and their second adult novel, The Death of Vivek Oji, is also due for publication.

Your central character, Ada, is a Nigerian student in America who is inhabited by ogbanje, which I understand to be spirits in Igbo…


Ogbanje are children who die over and over again. They are considered to be tricksters, torturing their parents who hope they will stay alive. Ada is a spirit child, or ogbanje. She is not possessed by spirits; people think in binaries a lot, so that one thing has to be possessed by another. But with ogbanje, these things are collapsed.

So the voices are different sides of herself?

Yes, the way I describe Ada is as a singular collective and plural individual. Ada is described as a “girl” but is not, actually. “She” has gender-affirming surgery and it is not said but she is trans.

Do you believe in the spiritual world?

I think multiple realities exist. Most colonised countries had their cosmology, their ontology, their metaphysics colonised too. They’ve been told that what was there before wasn’t real. My dad’s a pretty conservative Christian, but he’ll still get a pastor to come to the hospital [where he works as a doctor] because someone’s been working black magic. I say to him: “If you don’t believe in it, why is the pastor there?” He says: “You don’t need to believe in something for it to be real.”

Jesus features in this book and he is brilliantly satirised, though he is not condemned. Was this meant to be a critique of Christianity?

The book deals with self-harm, rape, suicide and psychic trauma, but none of these things are named as such. Why?

There’s a very deliberate choice to narrate the story from a different centre. There’s a mainstream centre that would have let Ada narrate more of the book, that would have framed things in language that people are comfortable with. My lens is different, and it [the book] has a non-human centre.

Ada’s mother is Malaysian, her father is Nigerian, as are yours. Like you, she goes to America to study. Is it right to say that the book is partly based on personal experience?

It’s an autobiographical novel – a breath away from being a memoir. There are chapters in there that are my journal entries which I copied and pasted. There are a couple of things about writing it this way: first, the things that people think are fictionalised are not fictionalised. Second, I wanted to make clear it was autobiography, otherwise it would be considered to be very fantastical. I wanted readers to be sure that it was not magical realism or speculative fiction. It’s what has actually happened! I’m using fiction as a filter for it.

Chimamanda Ngozi Adichie has spoken of “the danger of the single story” and relates it to her own Nigerian childhood experience of reading stories about white-skinned, blue-eyed characters. What did you grow up reading in Nigeria?

In school I read a lot by African writers, but at home my parents’ book collections were way more western. My dad went to medical school in Russia and met my mom in London while she was at nursing school. The books ranged from Dostoevsky and Tolstoy to all the British children’s books: Enid Blyton, CS Lewis, JK Rowling. I read all of them.

I recently reread Helen Oyeyemi’s The Icarus Girl. I liked reading it the first time, but I read it after Freshwater was published and I cried because there were so many parallels I hadn’t been aware of. It’s the first book she wrote and it has a different quality from the rest: this one is big and sprawling and scary. I’d forgotten how scary it was.

Which genres do you particularly enjoy reading? Are there any you avoid?

I’m still the kid trying to read about fantasy worlds to get away from this one. It’s not like I have never read contemporary literary fiction, but I would much prefer to read speculative fiction. One of my absolutely favourite writers is NK Jemisin, and the Malaysian writer Zen Cho is amazing.

Who is your favourite literary hero or heroine? Antihero or villain?

I’m not sure about hero or heroine, but there’s a villain in Octavia Butler’s Patternist series called Doro. I read the first book and hated him so much that it took me years to read the rest of the series. It was a visceral feeling. He is a rapist and controls people’s minds.

What kind of reader were you as a child?

Voracious. I read literally everything I could get my hands on – the shampoo bottle, the cereal box. My mom didn’t let us have books at the table or we’d all have read. We didn’t always have electricity, so I read by candlelight. I read really fast too. My parents realised I’d run out of things to read and were like: “We need to buy you way more books.”

Which book or author do you always return to?

Terry Pratchett. He wrote 40-something books based in one invented universe.
Akwaeke Emezi Igbo Interview Literature The Guardian