Igbo Presidency As A Moral Burden 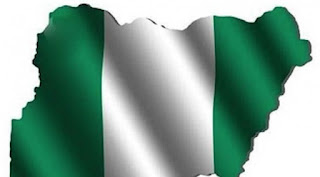 We have always pledged to Nigeria’s unity. But we have not gone beyond this ritual and work at it. How can we assert, “Nigeria’s unity is not negotiable”; yet we constantly chip away at the umbilical cord that holds us together?

It is obvious that the southeast has been politically quarantined. I think this is deliberate. Traditionally, the leadership of the three arms of government is dispensed on a “Wa-zo-bia” basis; that is, on the tripod – north, east and west – the country reclines.

Political balance is a sine qua non for national equilibrium. We cannot pontificate on unity and be insensitive to issues of political equity. The fons et origo of strife in society is inequity and imbalance. We talk of gender inequality today, which is unjust and unfair, political inequity is as much ghastly.

It is convenient to rationalise the political imbalance of this time because it indulges the sentiments of those it serves and those who feel it serves them. As it is, with Buhari and Osinbajo in the executive, and with the APC picking Ahmed Lawan for senate president and Femi Gbajabiamila for speaker, and with Justice Tanko as the acting head of the judiciary, the government as we know it is in the paw of two sections of the country. Where is the place of the southeast, south-south and north-central in all of these?

How do we build an inclusive country with this kind of imbalance? How do we foster oneness with this depressing level insensitivity to matters of national unity? This is an issue too critical to ignore.

Some persons have argued that the regional background of the heads of the government is unimportant because, most times, the living conditions of people who have sons and daughters in political offices are not improved. I agree. But this argument fails completely when tested in the lab of equity. An organisation that is completely filled with males where females can functional effectively as well will naturally be termed gender-insensitive and discriminatory.

The point is, there is no excuse for inequity, in whichever form or place. Equity is not about niceties or farcical and politically correct arguments; it is about inclusion and being sensitive to divergences and interests. And besides, there is a psychological warmth people get from knowing that someone from their axis is at the decision-making table, who they can cry to, summon to village or group meetings for censuring when necessary.

As I said in a previous article, a country as enormous, diverse and delicate as Nigeria cannot evolve organically when a part of it is marooned and confined to the fringes of political exclusion. The argument has always been, “the Igbo are not ready”, and “they are not playing the right politics”. But this argument is classically insipid and hollow.

Some people have also argued that the Igbo are “putting their eggs in one basket”. This is also a moot point. The Igbo are no different from the Yoruba, the Hausa and the Fulani in the game of politics.

A plethora of interests has always driven the politics of these ethnic groups. If we are agreed that interest is the highest common factor in the political calculations of these groups, then we cannot berate the Igbo for choosing to swing whichever way they want to.

It is now a moral burden on Nigeria that a president of Igbo extraction emerges in 2023. If we are serious about our unity, then we must take cognisance of the country’s sensitivities. Our unity becomes truly not-negotiable, when all Nigerians matter.