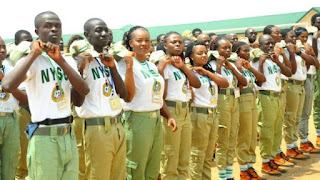 Gov. Emeka Ihedioha of Imo on Monday advised corps members to always stand for the truth and support national peace and development.

Ihedioha gave the charge at the official closing ceremony of the Orientation Course for the 2019 Batch ‘B’, Stream 1 Corps Members deployed to Imo State at the NYSC permanent Orientation Camp, Eziama Obaire, Nkwerre Local Government area.

The governor was represented at the occasion by the Deputy Governor, Mr Gerald Irona.

He said corps members could achieve this by staying clear of undesirable elements in society whose weapons were hate speech, ethnocentric utterances and bigotry geared towards drawing the nation back.

Ikedioha said that the nation was undergoing gradual transformation in all vital sectors of the economy, adding that jobs and wealth were being created to help surmount the menace of poverty.

“In Imo, we are determined to rebuild our value system, infrastructures, educational institutions, tourist centres and our administrative processes in a bid to add value and the much needed dividends to the people.

“I, therefore seek the cooperation and understanding of management of the NYSC scheme, corps members, leaders of thought, traditional rulers, employers of labour and other stakeholders to help us drive home the laudable initiative of the present administration.

“As you begin your journey to the nooks and crannies of the state, I wish to reassure you that the good people of the state will receive you with open hands.

“Feel free to mix with them without fear or hindrances. Identify their felt needs and make concerted effort in your respective host communities to solve these challenges, while at the same time respecting their culture and traditions,” he said.

Ihedioha commended the military and paramilitary agencies and the NYSC staff for making the orientation period worthwhile and pledged the commitment of his administration towards the general welfare of the corps members.

Earlier, the state NYSC Coordinator, Mr John Eloeboh, had expressed gratitude to the governor for gracing the occasion.

He said that the corps members had been richly empowered to begin their primary assignment in order to contribute their quota to the growth and development of the 27 LGAs of the state and nation at large.

He urged them to make painstaking efforts to identify the needs of the people in their host communities and solve them, using the Community Development Service programme as their vehicle.

The NYS boss urged the corps members to add value to the current administration’s policy initiatives such as the “Go Green and Play Green” geared toward the promotion of cleanliness, environment sanitation and vegetation in the various LGAs of the state.