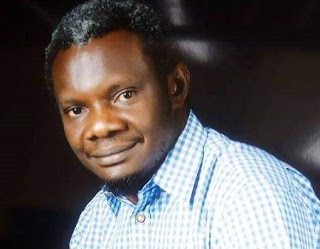 ABAKALIKI (ORIENT DAILY NEWS) -- A chieftain of the All Progressive Congress (APC) in Ebonyi state, Comrade Chinedu Ogah, yesterday, attributed the precarious economic situation in the southeast to the inability of leaders of the zone to come together to develop a feasible economic blueprint.

Ogah, who disclosed this in an interview with journalists in Abakaliki, challenged the southeast governors to develop the zone to a business hub in order to reduce the rate of crime and criminal activities in the zone.

According to him, the agitations by the Indigenous People of Biafra (IPOB) for creation of independent state of Biafra and the northerners were not in anyway the problem facing the zone, but their inability to harness the abundance natural resources endowment in the zone.

He argued that if the southeast governors could come together to harness the abundant natural resources of each state, it would boost entrepreneurship in the zone.

Ogah further maintained that ministerial positions for southeast are strategic, such that if the minister could come together, work as a team, it would benefit the zone.

He said, “Having Sharon Ikeazu as minister of state for environment will help to solve the ecological challenges facing southerners in the country”,he said.

“IPOB is not a problem; the problem with the southeast are Igbo leaders, who have refused to open up opportunities for younger people. The northerners and Fulanis are not the problem, but those at the helms of affairs”, he stated.

On the proposed renovation of Akanu Indian International Airport, he suggested that it should be a unity project among the southeast governors. He said it should be renovated by them after which they should reclaim their money from the federal government. He added that they should build a railway from Ebonyi, connecting all the five eastern states.

“If they can bring up a business plan develop, it from Agbor in Delta state down to Ogoja in Cross River, southeast will be a hub of business.

“It is not only federal government that can start up a project in the zone. We should come back and develop our zone; let the governors look at what each state is known for and harness them. Private entrepreneurs will come and develop it and such will reduce political thuggery, violence, and crime which are some major crises facing us as a people”, he stated.
Igbo Newsroom Orient Daily News