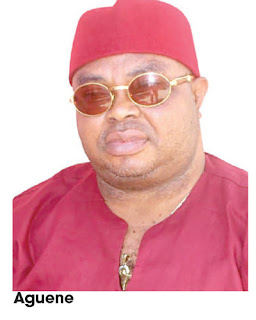 Chief Solomon Ogbonna, President, Ohanaeze Ndigbo, Lagos, has adduced reasons the Igbo nation should produce the next president in 2023. Aguene who is also chairman, Board of Trustees (BoT), Agauene Art Foundation, in this interview spoke on this and other national issues.
What are the unique selling points of Igbo aspirants for presidency?

It is perhaps only in Igbo land that you see people live above tribalism, ethnic sentiments and nepotism. That is the reason you see Ndigbo all over Nigeria and they develop their host communities to the highest level. Ndigbo talk and even celebrate the good deeds of their enemies and ultra-competitors. Ndigbo protect their dignity, pride and great values, and therefore like fulfilling their promises because they do not want embarrassment.

Ndigbo offer assistance to people of other tribes more than their own people. They try to let other tribes know that they are not only friendly but, kind and generous. They see others as brothers and sisters in progress. This is the reason for the statement that “Igbo is the only tribe that wants more for Nigeria.” This is one of the reasons Dr Nnamdi Azikiwe, the Owelle of Onitsha, was said to have pursued a Nigeria that will transcend tribal affiliations. This explains why Ndigbo in their itinerant characteristics mix up easily and fully in any place they go. This is one secret Ndigbo have been using to succeed in several other lands where they travel to and where others find it difficult even to survive. The Igbo are people whose words are their bonds.

Are you advising Nigerians to give Igbo chance for the presidency?

It is not an advice, but information based on my observations. In this millennium, serious people know that the flow of vital information is the palm oil with which development is achieved and eaten and can come from anybody. In the Western world, everybody is a security operative when viewed from information gathering and reporting to the appropriate authority. And people in those places accept information, no matter the source, provided it is in the interest of the nation. But in Nigeria, some people value information when it comes from the privileged sources like an oil magnate, high profile government officials, or wealthy people. We deny ourselves very important information by this selective idea of information acquisition and we have been paying dearly for it, as far as the world is concerned.

Do you think the Yoruba will support Igbo for Presidency?

Why not! Yoruba are no enemies of Igbo, and will support every good course of Ndigbo including the Presidency of Nigeria. They are not our enemies, but our ultra-competitors.

You can see, it is not enmity, but who could outwit the other— and many other examples. In no distance time, the Almighty God will liberate the two tribes from the divide and rule tactics of those who want to exploit our differences for their selfish interests. One important area that Ndigbo is not competing strongly with the Yoruba is media and we are paying dearly for it.

We will come together as good friends as we used to be from time immemorial. For example, we have not forgotten the killing of Adekunle Fajuyi with Aguiyi Ironsi in 1966 before the civil war, which explains the adage that says “A good friend is better than a bad brother.” Today, the increase in marriage between the two tribes has been significantly more than any other tribe in Nigeria.

Don’t you think the infighting among Ndigbo will deepen if given the opportunity to produce the next president?
Are the Igbo not managing their families, businesses even with foreigners, and many other great achievements? We are talking of infighting at Ohanaeze, not Ndigbo in general. Let Igbo produce the President and I assure Nigerians will be happier for it.

What distinguishes Ndigbo from other tribes in Nigeria?

The Igbo is a national citizen. She has no boundaries and her ubiquitous attitude and her latitude are the stock in trade of ‘her’ being like the mother of Nigeria — ‘breast-feeding’ the entire nation of development. You can see the nourishment of that breast-feeding in the level of development after the magic wands of Ndigbo have touched their host communities. They develop bushes, forests and even clear grasslands of other people wherever they go and foster the development of such a place without minding whether it is their own place or not. They turn swamps into shopping malls. They erect mansions in the thick impregnable forests.

Just 40 years after the civil war, Ndigbo whose houses and properties were seized in some parts of Nigeria, and left with nothing, individually and collectively, have rebuilt Igbo land to be more developed than some of the places where their properties were seized. It is only in Igbo land that we give our houses to visitors to take care of, completely and totally free of charge. We mean, without asking for a farthing or a cent or a kobo.

We heard the division in your branch because of the endorsement of Sanwo-Olu; what is the situation now?.
Some members of my executive are angry that I endorsed Sanwo-Olu for governorship, so they are bent on thwarting and derailing even the most laudable of my programmes and projects. These people allege that I the secretary and treasurer of Ohanaeze, collected hundreds of millions of naira for endorsing Sanwo-Olu, and vow to destroy the structures of Ohanaeze, so that my administration will not achieve our set goals.

As the President of Ohanaeze Ndigbo and leader of all Igbo in Lagos, I use this opportunity to appeal to Lagos state administration not to deny Ndigbo their share of dividends of democracy, because of the activities of these few individuals. We all know that wherever there are twelve, there is always a Judas.