The Igbo And Criminality At Home And Abroad 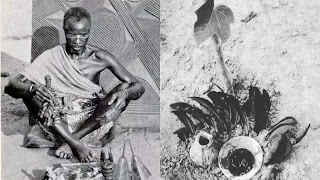 After reading what I am now writing, one will come to the conclusion that I am protecting criminals or even encouraging them or at least ignoring the Igbo contribution to criminal activities. Far be it from me.

I condemn criminal activity by any person and I ask anybody to search the internet or the police records in the town of Medfield where I have lived for almost 40 years. You will find nothing. I want to claim that I live by example.

Now to the point about the criminality of the Igbo.

Most people abroad are not criminals and studies by various immigrant organizations show that immigrants commit fewer crimes than natives.

The more a particular set of immigrants settle in particular parts of a country, their contributions both positive and criminal, to the places they settled increases.

A few examples will illustrate:

1. There are many Jews in New York and Chicago where loan sharking, financial frauds, and other negative society activities are reportedly committed by Jews. In reporting these negative actions the very important good done by the Jews are not as dominant as the crimes.

2. Another ethnic group in New York and Chicago is the Italian. One often hears of the Mafia purportedly an Italian Criminal Gang. Murders, thievery, and many anti-social pursuits are also reportedly carried out by Italians. Once more the good Italian contribution is published on page 20 of newspapers, not on the front pages.

3. In Saudi Arabia, many Nigerians are accused of crimes and the vast majority of these criminals are of Muslim faith and come from Western and Northern Nigeria.

4. In England where the Yoruba have lived for centuries and make up a higher percentage of Nigerians many of reported crimes carry Yoruba names.

5. In North America where the Igbo seem to be ubiquitous reported crimes by the Igbo is just as ubiquitous.

One thing these criminals: Jews, Italians, Igbo, Yoruba, etc. have in common is that the criminals are recent residents of their communities. Jewish criminal activities, Italian Mafia activities, seem to diminish with the passage of time as the criminals get absorbed into the society and their children find more respectable carriers.

So the hope is that Nigeria’s criminal activities will diminish with time.

Another thing that the immigrant criminals have in common is that they are usually those who feel persecuted in their home countries and left because of this persecution. They try desperately to find their footings in their new country. This might be one of the reasons for the Igbo criminality.

They feel they have been excluded from participating in the looting in their country so they go elsewhere to loot.

The above are excuses as the vast majority of immigrants are law abiding new citizens as I mentioned earlier.

Yes. The law enforcement authorities should continue to infiltrate the gangs, arrest and prosecute the suspects and the courts will continue to lock them up to protect the society.

Compatriots need to send signals that get-rich-quick schemes invariably back fire. And look down on the perpetrators instead of looking up to them.

This example was set by the father of late Professor Sam Aluko who asked his son “how come you already have a car immediately after arriving home”. The father asked his son to be accountable. In this case the son bought the car from his car advance by the government. We all need to ask this kind of question.

That will be one of the solutions.