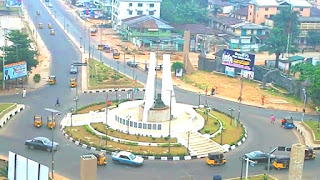 OWERRI (THE NATION) -- Relatives of a medical practitioner, Dr. Conrad Esomonu, have raised alarm over the recent invasion of his Owerri residence by suspected members of the terror group, Boko Haram.

A younger brother to the medical expert, Ben Esomonu, said that he left the country four years ago following a similar ordeal in Maiduguri, Borno state, where he was practicing in Maiduguri.

Esomonu, an indigene of Ahiazu Mbaise Council Area of Imo State, was a practicing physician in the Northern part of Nigeria before he relocated abroad after a failed attempt on his life by the Boko Haram sect.

“Trailing and threats of lower magnitude have been hunting the family members which prompted the relocation of his fiancée and children to another part of the country.

Also, an eye witness, Mrs. Carol Ugwuegbu, disclosed that, “six armed men suspected to be members of Boko haram terror group arrived the home of Dr Esomonu in two Hilux vans at about 6:30pm on Saturday 3rd August 2019. The assailants were chanting incomprehensible invocations suspected to be in Arabic, they were all dressed in flowing gowns (jalandher), a form that suggests that they are terrorists.

“On their arrival at the residence, they started shooting randomly in the air and people nearby scampered for safety. They broke into the premises and shot sporadically into the air but as there was no one in the residence as at that time so they couldn’t get anybody.

“The Police arrived shortly after their departure but no arrests were made instead they inspected the bullet shots around the premises.”