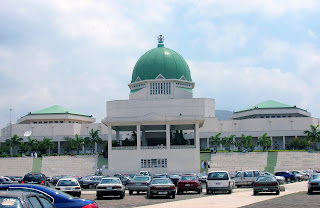 BY MONIMA DAMINABO
Several factors in the country’s body politick have made it imperative that a structured debate be launched in respect of ethnic politics in Nigeria, of which the Biafra conundrum remains the sorest point for now. Much as it may seem fashionable for the country’s elite to play the ostrich which hides its head in the sand when confronted with danger, the imperative for self-preservation amplifies the misread threat value of the country’s present indulgence in complacence, both for the individual citizen as well as the entire country as a corporate entity. It is therefore time for corporate Nigeria to rise up, seek answers to some of the needful questions such as the less known aspects of its origin that define what is happening to it now, and where it is bound hereafter.

Some recent events on the global stage which have reinforced the untenable postponement of the day of reckoning for corporate Nigeria include the recent diplomatic outrage in Tokyo where persons claiming to be members of the IPOB virtually waylaid President Muhammadu Buhari with the unmasked intention of embarrassing not only him but the entire country, to wit, launching a public attack on him in a foreign land. It took the Japanese Police extraordinary measures to contain the impending diplomatic upset that would have ensued if the IPOB group had its way and met the President face to face.

Earlier than the Tokyo affair, was the ignoble case of actual assault on the former Deputy President of the Senate Ike Ekweremadu in Germany, where he went to honour an invitation to an Ibo cultural event. The fact that he escaped with his life by the skin of his teeth tells volumes on the potency of threat of negative diplomatic fallouts when the country’s leaders are targeted and attacked abroad, whenever they travel out and where ever they go to across the world. More insidiously, the assailants may even be unidentifiable until they strike, leading to the possibility that all Nigerians abroad may suffer a stigma of branding as potentially unruly characters. Already a bank in the US has reportedly suspended money transfers through Western Union to Nigeria. The implications of this development if it becomes widespread, are yet uncharted.

By and large, the recent dramatisation of the internationalization of the crisis in Nigeria’s ethnic politics – like what happened in Germany and Japan, has come to deepen the political tensions in the country, following the various readings of the situation from the varying ethnic perspectives with which Nigerians traditionally view matters that affect the entire country. For example, it is for good measure that Ekweremadu was attacked by his fellow Ibo kith and kin. What would have happened if the attack was by persons from another ethnic background? In the same vein what would have followed if President Buhari had been accessed and assaulted by the IPOB elements in Tokyo? Meanwhile these events significantly boosted the country’s woes, along with the underlying divisions among Nigeria’s component ethnic groups, as well as the raging armed conflicts across the land.

As if the foregoing was not enough headache for the country in a short time, there were other sad narratives about the country, like the rape on the country’s credibility in the comity of nations by the US expose’ of Nigeria’s internet fraudsters, who cleaned up bank accounts belonging to unsuspecting American firms, churches, charities and even individuals. Still on cue was the signal that Saudi Arabia had on its death row 23 Nigerians who would be executed by beheading, anytime from now for trafficking banned drugs into that country. Indeed, there may not have been a worse season of anomy for the country, in recent times than now.

Nevertheless, while all of these aforementioned challenges and others not mentioned here may coalesce into the current headache for the country, the most critical of them easily remains the Biafra issue which with the new found, contrived nuisance value of IPOB in diaspora, offers the risk of forcing our common patrimony to be violated and ridiculed as the proverbial masquerade that is stripped and forced to dance naked in public; and for us, on the global stage.

In the wake of these developments lies the issue of what the country’s response to the international dimension of the Biafra conundrum will be. And going by the cliché that it is not what happens to a man that matters but how he responds, not a few Nigerians are worried over whether the country will do things in a different way and thereby change the course of events as well as history. For in the final analysis, the situation is steadily pushing the country towards a term many in the country’s power circles today fear to consider – ‘political restructuring’.

Yet, for the purpose of saving Nigeria as a united corporate entity, or providing a sustainable manner for its eventual restructured state, it is time for the people to talk to each other frankly on the burning issues of the day and in particular Biafra. Many Nigerians may not easily appreciate, the fact that the trending Biafra issue is a conundrum today primarily because much of the impetus driving it lies on a complement of false assumptions, many of which may collapse in the course of structured, rigorous national conversation.

For instance, except with the instrumentality of a medieval style military conquest to actualize the bogus territorial aspirations of the advocates of Biafra, its emergence today cannot endow it with any territory beyond the five South Eastern states of Abia, Anambra, Ebonyi, Enugu, and Imo. The hellish implications of such a reality may still be lost on many of the new age advocates of Biafra. Essentially, beyond rhetorics can the Igbo nation – with their numerical strength and resourcefulness, actually be confined without severe social tensions, inside the land-locked South East geopolitical zone? The obvious answer which is in the negative to this question, is just one of the primary disincentives for the Ibo elite who are already established in the politics and economy of the Nigerian nation, to be circumspect and hesitant in throwing their weight behind the IPOB pro-Biafra agenda. After all, there is little wisdom in aspiring to rule in hell, than accepting to serve in paradise.

Perhaps for the edification of the younger pro-Biafrans, the issue of leadership among our Ibo brethren is never a tea party. This author easily recalls the scenario during his days as a student at the University of Nigeria Nsukka, when the defunct East Central State was split between Anambra and Imo States on February 3, 1976. There had followed a mass exodus of newly ‘liberated’ Imo indigenes from Enugu to Owerri – some people travelling on bare foot; with expectations of entering paradise on earth in their new state. Within just one week, most of them rushed back to Enugu in disappointment, only to find their job positions, opportunities and facilities taken over by their erstwhile friends and neighbours.

So Nigeria, let the Biafra debate commence with the National Assembly leading the charge. That will even be in line with the Ibo proverb that whatever can happen tomorrow, can as well happen today. The net beneficiary will be corporate Nigeria.

ENUGU (SUN NEWS) -- The journey routing the discriminatory Osu caste system in Igbo land did not start today. Dr. Nnamdi Azikiwe in his historic address to the defunct Eastern Nigeria House of Assembly in 1956 described the system as “devilish and uncharitable to brand any human being with a label of inferiority due to the accidents of history.”

This obnoxious practice in Igbo land has over the years, discouraged social interaction and peaceful coexistence among the people. Its continued observance in some places negates the level of modernisation in the region.

Several communities last year banned the caste system in Imo and Enugu states. Recently, the people of Ede Oballa consisting of 29 villages in Nsukka Local Government Area of Enugu State rose in unison and abolished the archaic practice. That fateful day, sons and daughters of the community gathered at the Otobo Umuogbe village square where the proclamation was made.