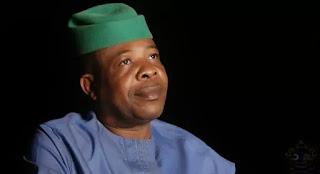 OWERRI (SUN NEWS ONLINE) -- Governor Emeka Ihedioha has asked those he defeated at the tribunal to join forces with him in restoring the glory of Imo.

The Governorship Election Petition Tribunal two days ago in Abuja validated his victory saying the cases of the defeated candidates lacked merit.

Speaking in Owerri, Ihedioha said the support of all especially that of other constestants is needed to put Imo in proper shape.

“I call Imolites across party lines and opinion divides, my opponents in the last election especially those I defeated in tribunal to join hands with us and make Imo great again. For me, there is no victor, no vanquished,” Ihedioha said.

In a statement, the state secretary of PDP, Ray Emeana, while congratulating Ihedioha and the state chapter of the party, said the verdict of the tribunal was a reflection of the will of God and the people as evidenced by the spontaneous jubilation all over Imo and beyond.

“I commend the chairman and members of the tribunal for standing on the rule of law and defending the integrity of the judiciary and the ideals of democracy.

“Now that the legal battle has been won and lost at this stage, it’s time to focus unwaveringly on the task of rebuilding Imo.

“I implore all the gladiators to sheath their swords and call on Imolites, irrespective of political leaning, to join hands in the gargantuan but inexorable task of rebuilding our dear state after eight years of despoilment, ruination and official pillage”

Former governors, Achike Udenwa and Ikedi Ohakim, joined Ihedioha at a brief party in the Governor’s Lodge, Owerri, immediately after the judgments.

However, the All Progressives Congress (APC) candidate, Senator Hope Uzodimma, has urged his supporters to remain calm.

In a statement, yesterday, Uzodimma said his supporters should not despair but be confident that justice will be served at the end of the day.
Daily Sun Emeka Ihedioha Imo State Newsroom Owerri