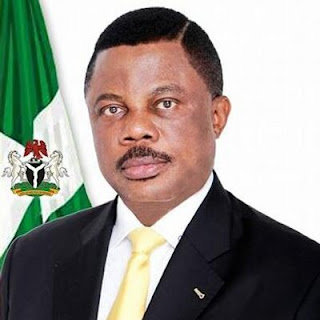 
Ahead of the 2021 gubernatorial election in Anambra State, stakeholders in the state are divided along growing calls for the merit-based selection process and need to sustain the zoning principle enunciated by the All Progressives Grand Alliance (APGA) in 2013.

It would be recalled that at the twilight of his second and final term in office as governor, Mr. Peter Obi reflected on the political dynamics of the state and concluded that it would make for fairness if a candidate from Anambra North Senatorial District succeeded him.

Although major stakeholders in the state tackled the then governor for introducing what they called ‘alien leadership selection culture’ into the state, Obi remained resolute and mobilized the entire Anambra North or Omambala belt, for the 2013 governorship.

Assisted by the power of incumbency and the fact that APGA had entrenched itself within the eight years Governor Obi held sway, as well as the federal might from the ruling Peoples Democratic Party (PDP), Chief Willie Obiano was returned as the winner.

Nonetheless, despite the sloganeering and catchphrase of zoning, which APGA canvassed relentlessly, most stakeholders in the state declared that at no point time did anybody sit down to institute zoning, arguing that Anambra State has remained as the beacon of light for excellence.

Eight years after the introduction of zoning by APGA, there have been calls for a paradigm shift in the leadership selection process, with a greater consensus on the need for meritocracy against quota or allocation.

To compound matters, even the Grand Commander of zoning, Obi, has shifted his political base to Peoples Democratic Party (PDP), on which platform he contested the 2019 Presidential election as the running mate of Alhaji Atiku Abubakar, the standard-bearer.

The argument against zoning seems to be gaining in decibels as most of the citizens look at the past five years, especially the way the beneficiary of the zoning has fared to dismiss it as bolstering mediocrity.

Furthermore, it has been noted that whether during the 2013 or 2017 gubernatorial polls, virtually all Senatorial Districts in the state took part in the election, thereby making nonsense of zoning.

However, protagonists of retention of zoning argue that it would not be right for Ndigbo to be agitating for the zoning of the 2023 Presidency to Southeast, while an important state in Igbo land would be moving against the same principle.

But those voices have been shut down with the exposition that no section of Anambra State has suffered similar marginalization as Igbo in Nigeria.

According to the opponents of zoning, both Anambra Central and Anambra South have produced governor prior to the emergence of the incumbent, Obiano, including Chief Chukwuemeka Ezeife, Chinwoke Mbadinuju, Dame Virgy Etiaba, Senator Andy Uba, Dr. Chris Ngige and Mr. Peter Obi.

Recently, a prominent stakeholder, Dr. Obiora Okonkwo, who endowed a research chair at UNZIK Business School in Awka for Onitsha Market, contended that what is lacking in the state is intellectual support for business and leadership.

Dr. Okonkwo blamed the uninspiring leadership in the state to the culture of paternalism, stressing that a governor that has not been able to take his state to the highest level according to global standards has nothing to celebrate.

Insisting that the next governor of Anambra State should be an individual that is fired by his or her personal imagination and ideas, Okonkwo stated: “I have seen things happen in other parts of the world. I have seen transformation orchestrated by some individuals as a result of a change in leadership.

He lamented that “Competence, credibility has been brought entirely to the least of criteria for choosing leaders,” stressing that instead of resigning to fate, citizens should exploit constitutional provision to remove those enthroned by default.

Dismissing zoning, the Russia-Trained Political Scientist said only selfish politicians in Anambra State would still be canvassing for zoning for the position of governor, “especially with the state of fatal paralysis we now have.”

“The danger of zoning,” he argued, “is that very soon we start zoning to religious denominations, hamlets, and clans; Anglican Bishops are also canvassing for zoning. They want the governorship zoned to Anglicans.”

But despite the groundswell of opposition to zoning, a group is known as Great Anambra Forum (GAFORUM), said they are in support of powershift to Anambra South Senatorial District in 2021.

The group disclosed that it was mobilizing select politicians and opinion leaders from the three senatorial districts to sensitize them on the imperative of rotational arrangement ahead of the 2021 gubernatorial poll.

According to the convener, Fab Ozoigbo, who spoke to journalists in Awka at the end of its tour, GAFORUM is urging all political parties wishing to participate in the governorship election to ensure that their standard-bearers are selected from Anambra South Senatorial District.

Ozoigbo noted that although all the three senatorial zones have competent governorship materials that can deliver democracy dividends to the masses, there has always been divine intervention in the emergence of past and future governors of the state.

While denying that the group was being sponsored by yet-to-be-identified governorship hopeful in the state, Ozoigbo charging stakeholders from Anambra South Senatorial District to put forward a grade ‘A’ candidate with proven integrity, character, performance, competence, and education to do the job.

His words: “We need a home-grown person as governor, who sees the entire state as his constituency. Anambra North would not have produced a governor in a long time to come if advocacy and principled enforcement were not made to ensure a candidate from the zone emerged.”

Ozoigbo condemned the attitude of some politicians and beneficiaries who, according to him, are keen to dump the arrangement on the ground that each of the three affected zones has served a period of eight years of two terms.

Oforkansi said the governorship seat was in Anambra South for almost six years before it shifted to Anambra Central zone to serve for a period of almost eight years, before it moved to Anambra North zone, arguing that a fresh rotation ought to start with Anambra South zone once more.

He remarked that much squabbling over which zone should govern the state after Obiano’s tenure on March 16, 2022, informed the move by GAFORUM to embark on the outreach to educate different zones on the need to allow a candidate from Anambra South zone to succeed Obiano.

They revealed that some politicians and money bags in the state wooed Anambra South zone at the time the North was clamoring for Obiano to complete his second term in office.

While appreciating the stance of the majority of politicians and citizens from Anambra South zone, who objected and worked for the Anambra North zone to complete its second term in office, the stakeholders mandated them to select ten politicians and opinion leaders to take the campaign to the grassroots.

They are also expected to drum support for the movement, saying it is aimed at checking wasteful spending through campaign funds, urging the people of Anambra South Senatorial District to do their homework well and pick a credible candidate to deliver the goods to the entire state.