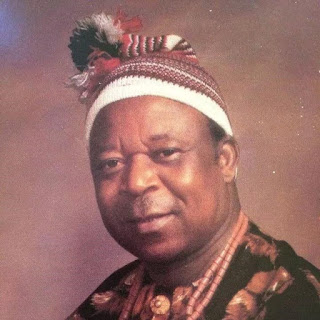 
It is not in doubt that Governor Emeka Ihedioha is living up to his promise to holistically improve governance culture in Imo State. Besides his initiatives to revive the economy of the state, his resolve to revive the culture of Ndi Imo is gaining traction through the plan to bring back the hitherto abandoned Ahiajoku Lecture Series.

Without much ado, the inauguration of the Ahiajoku Lecture Series in 1979 can be regarded as one of the noblest achievements of the Sam Mbakwe administration, an administration generally adjudged as the best in the annals of the state.

The then governor used the lecture to remind Ndi Imo and indeed Ndi Igbo that they should not forget their culture in their socio-economic development. Mbakwe also used it to let Ndi Imo appreciate their rich cultural heritage. He demonstrated that governance can go side by side with cultural development. Mbakwe’s glorious administration had shown that good governance can only be achieved if based on the cultural imperatives of the people concerned.

The nexus between culture and development is well known and overtly documented. No society can really develop without its material culture. Great civilizations in history such as Western, Asian, Arabic and the Chinese have been modeled after their rich cultural background. Perhaps this was why the Sam Mbakwe administration established the Ahiajoku Lecture to serve as a think tank for the overall development of Imo State and by extension Igbo land.

Although Ahiajoku was formerly a cultural festival in honour of the god of yam and cocoyam, the major staples of Ndi Igbo, which culminated in the annual celebration of New Yam Festival in Igbo land, the Ahiajoku Lecture Series have transcended that ritual to embrace the projection of Igbo worldview through an annual intellectual harvest on some aspects of life in Igbo land including agriculture, economy, philosophy, art, religion and politics.

But whether Ahiajoku is celebrated in honour of the god of yam or as an intellectual harvest, it remains the veritable symbol of Igbo cultural ideal. In fact, it is one annual cultural celebration in which all Igbo are united including the Diaspora Igbo in West Indies and other places. It is one cultural celebration that survived colonialism, western education and religion tailored to denigrate and annihilate indigenous cultures. The mmonwu masquerade is another Igbo cultural icon that survived the colonial misadventure.

Unfortunately, the Ahiajoku Lecture Series suffered abject neglect in the hands of some administrations in the state notably the Col. Tanko Zubairu (rtd) and Rochas Okorocha administrations. Why that of Zubairu can be rationalized, nothing can explain why Okorocha, a cultural enthusiast, could abandon such worthy legacy of the Mbakwe administration. While the new bold initiative of the governor to revive the Ahiajoku Lecture Series is apt and commendable, it should go beyond its new mandate to accommodate some of the following suggestions.

Ahiajoku lecture can be used to enthrone a culture of transparency and accountability in governance. It can equally be used to improve the Igbo work ethic, belief system, mores and values, philosophy of live and let live, the extended family system as well as our social relations with other ethnic groups. Ahiajoku lecture can be used to check the pervading culture of crass materialism, greed and avarice in Igbo land as well as the escalating culture of anything goes and curb the current ‘do or die’ approach to politics across the Igbo nation.

Its envisaged functions include to organize the annual Ahiajoku Lecture Series, providing a programme of cultural events for the state and ensure that the state’s cultural potentials are properly harnessed and celebrated, engagement in cultural diplomacy by promoting the study of Igbo language and culture abroad as well as encouraging international cultural exchanges and relations as well as exchange of films, music, theatre and literature etc. I suggest that the Ahiajoku Institute can also incorporate some aspects of the Chinese Confucius Institute now springing up in many Nigerian universities. Apart from whatever the government says the Ahiajoku Institute will do, it should be the purveyor and transmitter of Igbo culture, Igbo dance, films, arts and crafts. It should teach foreigners about Igbo foods, dishes and offer proficiency courses in Igbo language, especially courses tailored to meet the needs of foreign speakers of the language.

Efforts should be put in place to have Ahiajoku Institute in universities in Asia, Europe and America. The government of Imo State should turn into book or books past Ahiajoku lectures. There is indeed market for such publications. The first Ahiajoku Lecture entitled “A Matter of Identity” was delivered by Emeritus Professor of English, MJC Echeruo on November 30, 1979. It is instructive that 40 years later, the same Echeruo will deliver this year’s Ahiajoku Lecture scheduled to hold on November 30.

In the 1979 Ahiajoku lecture, Echeruo said much. The following are worth elaborate quoting: “We celebrate Ahiajoku, not because it would be impossible to acknowledge the new yam without the festival but because we become a little more aware of the larger significance of that event for our lives by celebrating it. Ceremony takes the rough edges out of command iteration, and allows practical minded people such as the Igbo people are, a little respectable frivolity. For many other peoples, ceremony is at the very heart of culture. For them true culture is represented in these details of communal behavior which are added to pure function.”

“The presentation of kola nut is a functional event in our society, but igo oji is a ceremony; and it is not uncommon to find commentators who assume that a people who devote some of their time to ceremony have a more genuine interest in culture than those who do not. There are absurdities in such conclusions, but it is probably true to say that it is to these details of ceremony that we have to go for concrete evidence of the life styles and values of any given society. The Igbo people, because they do not always cultivate ceremony, and are instinctively suspicious of mere decorativeness, are more liable than most other people to the charge of lacking culture and civilization.”

“Today, as we celebrate Ahiajoku, we are doing at least two things; giving formal recognition to a festival which we were almost in danger of losing, and taking the opportunity for serious reflection on ways of understanding the deepest cultural values of the Igbo people.”

Considering the standard Echeruo set in 1979, there is no doubt that the audience will be thrilled again. Past Ahiajoku lecturers include Prof. Bede Okigbo (1980), Prof. Adiele Afigbo (1981), Prof. Donatus Nwoga (1984) and Prof. Chinua Achebe (2008).