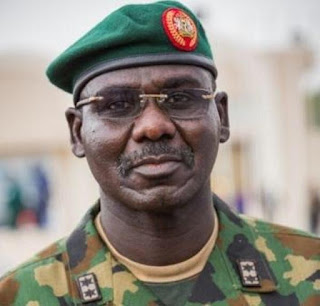 ENUGU (PUNCH) -- Commuters and drivers plying various roads in the South-East have lamented the high level of intimidation and extortion by soldiers at checkpoints.

Some of them, who spoke to PUNCH Metro, said the worst was that anybody making calls close to the checkpoints were having their phones seized, smashed on the road or required to pay between N500 and N1,500 to retrieve the phones.

In some cases, commuters and drivers of such vehicles are detained for hours before they are released after much pleading.

A commuter, who identified himself as Victor Okonkwo, who witnessed the atrocities of the soldiers recently, narrated his experience to our correspondent on Monday.

He said, “On Tuesday, October 22, 2019, I was returning from Owerri in a Sienna car and there were seven passengers in the vehicle. When we got to the Ihe community, one of the passengers received a call and he was on that call till we got to a military checkpoint near the University of Nigeria Teaching Hospital.

“The man got the shock of his life when a soldier spotted him and seized his phone for answering a call while passing by the checkpoint. He paid N500 to retrieve his phone after we had spent over an hour begging the soldiers. There were more than 10 mobile phones seized from other commuters by the soldiers, while the owners were there begging for leniency.”

Okonkwo stated that he had experienced the cruelty of the soldiers in 2014 at the same checkpoint, even as he said he heard that soldiers at other checkpoints around Enugu State boundaries were committing similar atrocities.

He said, “I was coming back from Owerri in a bus with other passengers. On getting to the military checkpoint near the University of Nigeria Teaching Hospital along the Enugu-Port Harcourt Expressway, a lady’s phone was seized and smashed on the road for answering a call while passing through the checkpoint.

“There was a similar incident, when a passenger’s phone was seized by soldiers for also answering a call; it took the intervention of the driver and some commuters before the phone was returned to the owner.

“This is what commuters experience on a daily basis in the hands of soldiers at the checkpoints.”

Checks by PUNCH Metro revealed that the soldiers had devised other means of collecting money from drivers and commuters at the checkpoints, as they now commission young men from the communities, who act as fronts to collect money on their behalf.

A source, who witnessed an incident a few months ago, narrated how a young man was shot dead by soldiers in the Isiala Ngwa South Local Government Area of Abia State.

According to the source, a drama played out on the day of the incident when a military officer spotted the man collecting money at the checkpoint on behalf of the soldiers.


When accosted, the soldiers denied ever knowing the young man.

“One of the officers immediately ordered one of the soldiers to shoot the tax collector for denting their image and he was instantly shot dead. My greatest surprise is that till today, those soldiers have not been held accountable for the gruesome murder of the young man. Many of such cases have gone the same way without anyone being held accountable.”

It is the same story at almost all the military checkpoints in the boundaries of Enugu-Ebonyi, Enugu-Nsukka, Enugu-Obollo-Afor, and the Enugu-Awka-Onitsha Expressway. Extortion, intimidation and outright corporal punishment are the hallmark of the checkpoints.

“Are we in a war situation that somebody receiving phone calls cannot pass by military checkpoints in the South-East without harassment and intimidation and our so-called leaders are not talking?” a commuter asked.

When the Nigerian Army Human Rights Desk was contacted, there was no response as the phone rang out.

When the Deputy Director, Army Public Relations, 82 Division, Enugu, Col. Aliyu Yusuf, was contacted, he said in a text message, “Good afternoon, inform the affected persons to call and give details for further necessary action immediately.”

All rights reserved. This material, and other digital content on this website, may not be reproduced, published, broadcast, rewritten or redistributed in whole or in part without prior express written permission from PUNCH.
Anambra State Enugu Newsroom Punch