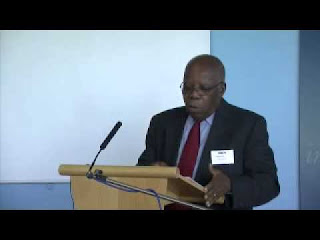 
OWERRI (THE NATION)--The debate over Igbo’s Jewish origins and connections is undermining the sense of Igbo identity.

Delivering a lecture titled “Ogueri Mba: We shall survive” at the Ahiajoku Lecture 2019 and 40th anniversary held on Saturday at the Ahiajoku Institute, Owerri, Imo State, Prof. Michael Echeruo said the debate is fast undermining the sense of Igbo identity, attaching Ndigbo to a legacy in which they have absolutely no hope of acceptance.

“This feature of our public discourse does not have a single or simple motivation. Some believe that because we have been unjustly persecuted and misunderstood as a people, we must be Jews.

“Some others, standing anti-Senitism on its head, regard themselves as Jews by a fabled Igbo love for money, our new god.”

He described all these supposed links as a matter of folklore that could be easily ignored.

“We stand to gain nothing by claiming a Jewish identity parallel to that which we already have as Ndigbo.

“Even the Yoruba claim a Jewish origin at the time as they hold on to the mystical emergence of their ancestor. And they have, most of them, got over it, except the Igbo.”

He added further “the pattern of Igbo civil discourse, the quality of Igbo leadership at state and national levels even our quality of our pride in ourselves and our inheritance as Igbo people left to be desired.

“Our capacity for serious introspection has apparently diminished under the pressure of our needing to just survive and the anguish of having to put a stop to our dreaming of the might have been.”
Ahiajoku Lectures Chris Njoku Igbo Michael Echeruo The Nation