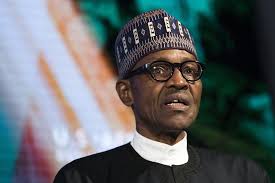 TORONTO, CANADA (THE NIGERIAN VOICE)--The Igbo Canadian Community Association (ICCA/Umunna) has made known its intention to petition the Canadian Parliament on the now worsening human rights abuses, killings and indiscriminate state sponsored kidnappings going on in Nigeria under the leadership of President Mohammadu Buhari who has shelved democracy thereby subjecting the country to tyranny.

In a statement issued in Toronto, Canada by the President, Chief Ugochukwu Okoro, through the Public Relations Officer, Mr. Ahaoma Kanu, the socio-cultural and political group, said, “What we are witnessing in Nigeria today under this president is incomprehensible and unconscionable, devastating and condemnable. The momentum with which Buhari and his handlers are fast turning Nigeria into a dictatorship without regard to the fact that we are in a democracy poses a major problem to the collective unity of this nation hence our decision to take action.”

“In the past few days, we have seen actions taken by security agencies headed by the Executive arm of government and witnessed the recklessness and utter disregard for the rule of law with these supposed law enforcement organizations have debased Nigerians. First was the condemnable manner with which the Nigeria Police acted at Oraifite in Anambra State when they went on rampage at the home of Barr. Ifeanyi Ejiofor and secondly is the brazen desecration of the judiciary by agents from the Department of State Security (DSS) who were attempted to arrest Mr. Omoyele Sowore, founder and publisher of Sahara Reporters and the presidential candidate of the African Action Congress (AAC) and human rights activist, Olawale Bakare. The actions taken by these government since inception and the catalogue of human rights abuses, killings by the Nigeria Police and the Nigeria Army show the continuous descent of President Muhammadu Buhari to the level of tyranny and dictatorship and should be treated with antidotes that surprises such excesses.

Under this President, Nigerians have been killed indiscriminately by the Nigeria Army led by a Chief of Army Staff (COAS) that has outlived his usefulness: an Inspector-General pf Police that has no knowledge of how many police officers are in the force and a Director-General of the DSS that has turned the agency into a domestic terror group. Recent revelations in the media have shown how the DSS have been abducting innocent Nigerians and incarcerating them, some times for years, without being charged to court. The Nigeria Police, a police force rated the worst in the world in 2017 and currently among the top 10 most corrupt police worldwide by the World Internal Security and Police Index (WISPI), have not shown any sign of leaving its circle of ineptitude and ineffectiveness going by incidents recorded during the Kogi elections where a serving IGP said criminals dressed in police uniforms overpowered over 60,000 police officers deployed for the election.

On the part of the Nigeria Army led by a man whose hands are dripping with the blood of innocent Nigerians killed in broad daylight, the failure of the military to defeat the Boko Haram insurgency show how weak the Nigeria Army have become that they have constantly become an embarrassment to Nigerians all over the world with recurrent announcement of eliminating Boko Haram and its leader.

These security agencies have now been turned to attack Nigerian citizens and her institutions under instruction by the Presidency. The DSS have in times past invaded the National Assembly; stormed the residences of judges and have now taken their home grown terror to the courts. They have constantly disobeyed court orders and shoot live bullets at unarmed Nigerians under the watch of President Buhari. We make bold to say that the DSS has been turned into an agency of terror and fits into the level of the infamous Geheime Staatspolizei (Gestapo) unit of the Nazi era.

With the Nigeria having a Legislative arm of government which have become an appendage of the Executive, the dangers in UMUNNA and other socio-political organizations keeping quiet and not taking actions is very grave as our collective identity and freedom is being suppressed and there need to be action.

The Judiciary, which seems to be operating in a manner to please the Executive, should wake up to its responsibilities. Since the inception of the Buhari regime and his deliberate and unconstitutional attack on the judiciary by first busting the homes of judges and the unconstitutional removal of the CJN, the judiciary seems not to act as a separate arm of government and have exhibited this by some of the injunctions they grant to the FG. For example, proscribing the Indigenous People of Biafra (IPOB) as a terrorist group within hours of the prayer brought to them, show a judiciary that is very dependent on the Executive. Now that the thugs of the Executive have started desecrating the court spaces, the Judiciary ought to live up to its role as a separate arm of government and not entertain any apology from the DSS but demand that the agents that were part of the invasion of the court be prosecuted according to the law.

The ICCA/UMUNNA have commenced cataloguing the various human rights abuses, killings and domestic terror to which this government have subjected Nigerians to and will, in the coming days, write a petition to the Canadian Parliament informing them of the brazen strangulation of democracy by President Buhari who we believe has dictatorship in his DNA. This petition will be hand delivered at Ottawa and will be publicized for records purposes.

In October 2018, at the Convocation lecture at the University of Ilorin, US envoy, William Symington in a lecture entitled, Citizen Leadership and the link between Economic Diversity and Democratic Good Governance warned Nigerians that injustice and disregard for the rule of law are worse than stealing of public funds.

We at ICCA/UMUNNA consider upholding our democracy a call to duty and will defend the constitution and our country with all we have from the grip of tyranny.
Ahaoma Oji Kanu Canada Igbo Diaspora Newsroom