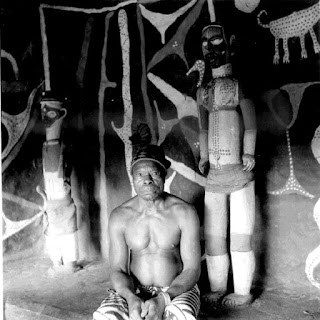 OWERRI, IMO (DAILY TRUST)--History will be made on December 27, 2019, when the indigenes of Abba community in Nwangele Local Government area of Imo state will meet to put a final seal on the abrogation of the Osu, Ohu/Ume caste system in the area. The caste, a social stigmatisation system, which had bogged down the Igbo race for centuries, tends to segregate individuals on the basis of birth.

It is an ancient practice in Igboland, which discourages social interaction and marriage with a group of persons called ‘Osu’ and the freeborn called Nwadiala. The Osu, people said to be dedicated to deities, are considered as inferior beings to freeborn.

The ceremony, which will also culminate in the celebration of Abba Day, is being held under the auspices of Abba Ama Ano Community Development Union (AACDU) led by Chief Paul Ozigbo and Coordinated by Barrister Stan Chike Ofoma.

The journey to the ceremony, which started on November 2, with a sensitisation programme to all the four autonomous communities of Umuokwara, Umudurunna, Ekitiafor and Ogwuaga, and the daughters of Abba (Umuada), culminated on December 3, with the rites of abrogation performed by the traditional title holders (Ndi Nze na Ozo and Oji Ofo) and witnessed by a delegation from Nri Ancient Kingdom, said to be sphere of religious and political influence in Igboland. A statement signed by the Chairman of traditional title holders, (Ndi Nze na Ozo), Dr. CKC Anyanjo and the Public Relations Officer, Dr. Okechukwu Akogu, described the rites as an uphill task, but expressed satisfaction that they were able to pull the process through despite all the challenges littered along the way.


The statement said, “The culmination of this whole process into the epoch and historic abolition proclamation by Onye Ishi Nze Abba amano (Nze ( Dr) CKC Anyanjo), at 4:35pm of 3/12/2019, after a sixteen cannon gun shorts and its reinforcement by Ndi oji ofo and another 21 cannon shorts in the four autonomous communities between 5pm to 6:15pm in ala Abba was symbolic – bringing to finality the end of Osu, Ume and Ohu cast system in Abba clan.” Speaking on theevent, the traditional ruler of Ekitiafor, Ekiti II, Eze Ononenyi Uzoma, said that it was the agreement of all the people of Abba that the system must come to and end. He described it as a encouragement to other communities in Igbo land that still practices the system to end it because it has no place in modern times. Queen Mother of Ekitiafor, Her Royal Majesty, Ugoeze Uzoka, who spearheaded the whole process, described the practice as obnoxious and vexatious, stressing that it is incongruous for any person to see another as an outcast, when there is no outward sign or insignia on the face designating them as outcast and others as freeborn.
Daily Trust Igbo Culture Newsroom Owerri