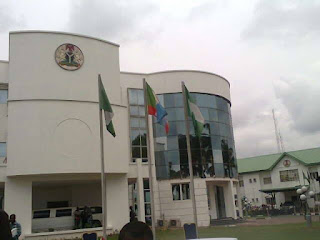 OWERRI (PUNCH)--The governor of Imo, Emeka Ihedioha, has said the state saved N281m by “flushing out ghost pensioners” from its pensions scheme.

The governor, who spoke at Imo stakeholders’ luncheon held at the Government House, Owerri, said his administration achieved the feat by introducing bio-metric verification exercise for all the pensioners in the state.

Ihedioha said, “The state government has concluded a pension verification exercise which has flushed out ghost pensioners, saving us more than N281m.

“Today, our pensioners are being paid and treated with respect.”

The governor said the goal of his administration was to make Imo one of the three states with the best economies in Nigeria by 2025 and the best 10 in Africa by 2030.

He said, “We considered it necessary to give you an update on the progress we have made towards the fulfilment of our promises.

“We laid out a vision to become one of the top three most developed economies in Nigeria by 2025 and rank within Africa’s top 10 economies by 2030.

“We also set out to achieve this by leveraging our abundant human capital and natural resources to build an economy anchored on good governance, wealth creation, value for money and rule of law.

“These have yielded positive results.

“We are not unmindful of the huge burden laid on us by this outstanding rating and the challenge of sustaining a positive public perception.


“We are, therefore, committed to redoubling our efforts to hold our performance high-grounds.”

“We have reduced the cost of governance by trimming down the number of ministries from 32 to 18 and introduced the Treasury Single Account into our revenue collection and accounting system.

“This has put paid to the over 260 government accounts we met. As a result, we have stemmed revenue leakages and significantly increased our Internally Generated Revenues from what we met of about N250ma month to more than a billion naira this month of December. This is just the beginning.

“We have restored effective Budget presentation and created a separate ministry for budget and planning and the preparation was participatory.”
Chidiebube Okeoma Newsroom Owerri Punch