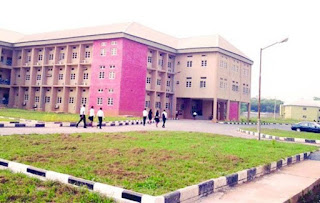 
The Directorate of Igbo Village and Centre for African Civilisation (IVACAC), Nnamdi Azikiwe University, Awka, Anambra State, has lived up to its billing in the promotion of Igbo culture and civilisation to the globe, since it was established in the 2016/2017 academic session of the university.

Back to back, the centre has held the new yam festival, Ohazurume Igbo lecture as well as other cultural exhibitions that exposed the lessons of the Igbo African heritage.

This year’s new yam festival and Eze-na-Ifite Igbo conference was unique as it brought together Igbo scholars and culture enthusiasts, traditional rulers and student researchers on Igbo affairs.

The forum reaffirmed the need to continue talking about “Igboness”; that is what concerns the Igbo people and the need for “Igwebuike: which connotes the spirit of oneness, collectivism and communalism as opposed to individualism and selfishness.

Welcoming guests to the ceremony, Vice Chancellor of the University, Prof Charles Esimone described the theme of the ceremony: “Igbo culture and civilization”, as a tantalizing theme rendered “quite germane in the face of a putative cultural asphyxia said to be dangling ominously over Igbo culture”.

Represented by Deputy Vice Chancellor, Academic, Prof Fredrick Odibo, Esimone said the Igbo have always been self-sufficient and that there was need to ask questions and proffer solutions on what happened to the Igbo enterprise, why things were not working well and to appraise where the Igbo were heading to.

Chairman of the occasion, Chief Rommy Ezeonwuka (Ogirishi Igbo), said his heart was gladdened by what was witnessed in the university named after the Great Zik of Africa by the awakening of the Igbo spirit. He said that so many crops in Igbo were going extinct likewise other medicinal plants endowed to the Igbo free by nature due to the loss of interest exhibited by most Igbo of today and called for sustainability of the Igbo village and its activities in the university.

He urged the Igbo not to continue lamenting the injustices and errors in the foundation of Nigeria or continue to clamour for war but rather resurrect the intrinsic powers inherent in the epic “Igbo sense” to chart a new destiny for the Igbo nation.

Nsoffor advocated for ‘naturecracy’ as the way to go so as to enable the Igbo go back to nature and true culture. He described it as a ‘think home philosophy’.

Director, IVACAC, Rev. Fr. (Prof.) Bona Christus Umeogu, in a discourse on Iri ji, Ezi-na-Ifite and Igbo village, said yam is not only an Igbo affair as almost all continents of the world have yam in their respective traditions.

“New yam festival in Igboland is the king of all festivals and includes lot of Igbo cultural things like thanksgiving, kolanut breaking, masquerade performance, theatrical and dance exhibitions.

“The issue of thanksgiving during new yams harvest and festival has always been a thorny issue. Before the coming of the Church in Igbo land, the people have Ifejioku as the god of yams, the god of fire and the god of harvests. Because of this, some people think that new yam festival is a “pagan” festival but the answer must be given this way: with the coming of the church in Igbo land, Igbo people who are converted (Christian, Islamic, etc) are no longer bound to give their thanksgiving to Ani or Ifejioku, but to the God of their religion.

“It will be of importance to make it clear, at last, that yams in Igbo land are not only used for food, commerce and sacrifice, they are also used for healing purposes. For instance, the potassium and sodium content of yams like Ji Ona, Ji Anunu and others, regulate blood pressure in the human body. The hair and the skin have essential protein content called collagen which the vitamin C in Ji Nwannu increases for the wellbeing of the hair and the skin. A particular type of yam called Ji Adu is rich in manganese, which regulates blood sugar perfectly and helps stop minor kinds of inflammations,” Fr. Bonachristus posited.

Traditional ruler of Awka, Obi Gibson Nwosu, who was Father of the Day, said the entire Igbo communities cultivate yam, but only the Awka community through the iron smelting craft, produces the hoes that are used in cultivating yam.
Awka Newsroom Nnamdi Azikiwe Sun News