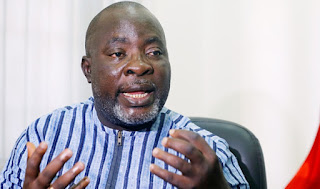 ABUJA (PUNCH)--The Peoples Democratic Party on Wednesday urged the Independent National Electoral Commission to conduct fresh elections in those Imo State constituencies where state lawmakers elected on the platform of the PDP defected to the All Progressives Congress.

The PDP National Publicity Secretary, Mr Kola Ologbondiyan, made the call at a press conference in Abuja.

He said the lawmakers had decided to abdicate the mandate they held on the PDP platform to defect to the APC for their alleged selfish gains.

He described their action as unpatriotic and an unpardonable betrayal of the people of their respective constituencies who chose and identified with the ideals and visions of the PDP as the platform for their representation at the state assembly.

He said, “The PDP holds that the defectors are fully aware of the grave implication of their actions to the effect that by their defection to the APC, they have automatically lost their seats and membership of the Imo State House of Assembly as they can only hold such position on the mandate of the party on which they were elected, the PDP.

“It is settled under the 1999 Constitution (as amended), that a legislator who defects from a party on the platform of which he was elected a member of a legislative house automatically loses his or her membership of that house as the seat belongs to the political party and not the individual.

“These defectors have vacated their seats; they no longer have a place in the state assembly, as there is no division or merger of any kind in the PDP at any level whatsoever.

“The PDP is therefore left with no other option but to request the INEC to immediately commence the processes for the conduct of fresh elections into the respective state constituencies where the legislators have vacated their seats, in line with the provisions of the 1999 Constitution.”

All rights reserved. This material, and other digital content on this website, may not be reproduced, published, broadcast, rewritten or redistributed in whole or in part without prior express written permission from PUNCH.
Abuja Imo State Punch Success Nwogu