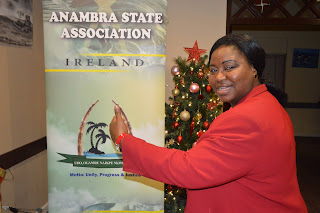 AWKA, ANAMBRA (THE GUARDIAN)--A non-governmental organisation has empowered three special centres in Anambra State and tasked wealthy members of the public to see it as a challenge to give hope and succour to the less privileged.

Speaking at the handover ceremony, the group’s President, Lady Theodora Ayagwu said the organisation, comprising of women of Anambra State descent, was formed and registered in 2012 to uplift the less privileged in the state.

Ayagwu said they mobilise for fund and materials abroad and channel them home to add value and give back to society. She said aside donating school materials, the group also carries out cancer awareness for women.Also, the group’s Vice President, Nonye Anuche said the gesture was to give children with disabilities a sense of belonging, especially during the festive period.

Anuche berated parents, who hide children with disabilities, urging them to bring them out for proper care.Delivering a paper entitled, World of Disability and Health, a lecturer with Nnamdi Azikiwe University, Awka, Dr. Ifeyinwa Iloh, said people should focus more on abilities, rather than disabilities of an individual, stressing that there is ability in any disability.
Awka Newsroom Osiberoha Osibe The Guardian