Nigeria And Nd'Igbo: 50 Years After The Civil War 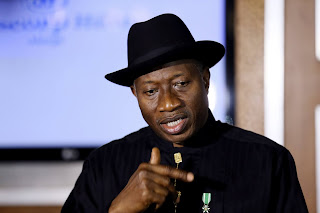 President Goodluck Jonathan speaks to the media on the situation in Chibok and the success of the World Economic Forum in Abuja May 9, 2014. Image: Afolabi Sotunde/Reuters


It is difficult to believe that it is over 50 years since the end of Nigeria Civil War, what with the scars and the wounds that seem to fester and become more malignant and the ensuing cold war that has refused to abate.

Although the war ended on a no-victor-no-vanquished note and a promise of reconstruction, rehabilitation and reconciliation as pronounced by the Gowon-led federal government, yet the real war continued in a more insidious and sinister manner.

Apart from the initial punitive measures immediately after the war there has been series of obnoxious measures to stymie development in the Southeast.

There is no visible federal government presence in Igbo heartland. Every successive government follows the same repressive pattern except for the brief periods when IBB and GEJ were in power.

Thus, ndi-Igbo have continued to experience insufferable marginalization. Every geopolitical zone in the country has at least six states, only Southeast, the Igbo strong hold has five.

The Southeast has the fewest number of local government areas and is least represented in the National Assembly and in the government.

Over 70% of travelers and over 70% of importers in the country are Igbo yet the seaports in the Southeast and the geographically contiguous South-south region are made not to function.

There is no international airport in the Southeast. The only one built by GEJ has been tactically closed down for almost one year now.

They are made very vulnerable by their ubiquity in every city and every nook and cranny of the country; a clandestine design by those in power since the end of the war.

Apart from the government sphere, the war also continued in the most unusual place—in the press—that is supposed to be the bastion of truth.

The Nigerian Press in particular has been most unfair to ndi-Igbo in its reportage, analysis and interpretation of events and in gate-keeping functions.

Igbo are not in power yet they are blamed for all the woes of the nation. Hard work is mischievously misinterpreted to mean love for money. It is fashionable to attack the Igbo man and many revel in doing it.

Ndi-Igbo have continued to live like endangered species in Nigeria. They bear the brunt of every religious and politically instigated disturbance in the country.

It is disheartening that in the post-civil war Nigeria ndi-Igbo have continued to lose thousands of its own through organized and systemic riots, sometimes for inane reasons like the February 2006 attack over a cartoon in a Danish newspaper and the November 2002 Kaduna riot over Miss World Beauty pageant in Abuja. No one was arrested or tried for any of these.

The exact cause of the war has been misinterpreted and manipulated by the obscurantist and suppressionists to justify the pogrom committed and to justify the continued obnoxious policies against ndi-Igbo in Nigeria.

They acted in self defence. The coup of January 1966 was the misdemeanor of a few ideologically misguided young military officers who were goaded by false notion of patriotism.

They were influenced by the ideology of the Eastern Bloc that was the rave of the 60s and incited by the press that were in sympathy with the Action Group (AG) and its leaders jailed for plotting to overthrow the Tafawa Belewa government.

Although the bulk of the officers that planned the coup were of Igbo extraction, yet officers from other ethnic groups were also involved.

The leader of the coup, Major Chukwuma Nzeogwu, was born and bred in Kaduna. His middle name was Kaduna. He was more Hausa than Igbo. He came from Okpanam, a place he rarely visited when he was alive, in present day Delta State.

The obscurantist would not tell us that those who frustrated the-said Igbo coup were Igbo officers. General Ironsi quelled the mutiny in Lagos while Lt. Col. Ojukwu who was the garrison commander in Kano stopped the revolt in the North.

Lt. Col. Arthur Unegbe an Igbo officer who was the Quartermaster-General of the Army then was killed by the mutineers for refusing to hand in the key to the armoury. Zik of Africa was out of the country on medical treatment as at the time of the coup and could not have been killed in absentia.

The mutineers did not operate in Enugu because apparently they did not want create diplomatic row as Okpara was hosting the Prime Minister of Seychelles Island in Enugu.

Chief Ladoke Akintola was killed because he resisted the coup plotters when they came for him. The same people that killed Akintola spared Remi Fani-Kayode, drove him to Lagos and released him.

The misinterpretation of the January 1966 Coup was what led to the counter coup of July 1966 and the consequent pogrom in the North.

At four different occasions: in May 29th, July 29th, September 29th and October 29th, 1966, over 50,000 Igbo were butchered and hundreds of thousands of others raped, maimed, robbed, displaced and dehumanized in the most horrendous circumstances and till date no person or group has been held to account for that.

Thus, the federal government refusal to protect ndi-Igbo during the genocide of 1966 and 1967 and the flagrant refusal to implement the Aburi Accord was what led the civil war.

The problem of Nigeria today is poverty, corruption and bad leadership and none of these is the making of the Igbo man. Igbo man has not been at helm of affairs since 1966 to date and yet when their traducers want to pass blame they call the Igbo man. Why would Nigerians spare the buttocks that fart and give knock to the head that has done nothing wrong?

Why are Nigerians venting their frustration on the hapless Igbo man when those who brought us to this sorry state of affairs are prancing around? Since the end of the war, they have not been in government meaning they are not the cause of the problem ravaging the land.

In fact, among the few people that have acquitted themselves creditably in public office since the current democratic dispensation are people of Igbo extraction: Dora Akunyili, Obiageli Ezekwesili, Ngozi Okonjo-Iweala, Charles Soludo, and Peter Obi.

Nigerians should know that the injustice that led to the civil war is still staring us menacingly in the face today. Fifty years after the fratricidal war, there is no glimmer of hope of unity and national cohesion. There is no sense of nationhood.

When Martin Luther King (Jr.) said in his famous speech that he had a dream, there were discrimination, racism and white supremacists in America but he was optimistic because those who rule America were intelligent statesmen, nationalists and patriots. Nobody can say that in the present day Nigeria except hypocrites and those suffering from self-delusion.

Nigeria will benefit more from integration yet the drones that control the state affairs want the status quo sustained for parochial reasons.

Nigeria should restructure along the recommendations of the Aburi Accord or split peacefully. Other nations have done so in the past. Our so-called unity is not cast on stone. It is indeed negotiable!