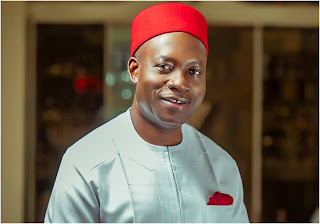 A former governor of the Central Bank of Nigeria and candidate of the All Progressives Grand Alliance, Prof Charles Soludo, has said any dialogue that will quell agitations in the country must have Igbo in the front seat.

He stated this during a consultation of Anambra indigenes in Lagos on Friday.

Stressing that the platforms available at the moment may not be favourable to the Igbo, he suggested that they came together, joining forces to become a formidable force to champion the needs of Igbo people.

Soludo said, “Yes, there are agitations and I respect them. But dialogue is the answer. They must dialogue; Igbo and Nigeria. That will settle it once there’s an organised platform, where the Igbo will be in front seat. Forget about the APC and PDP. For us to negotiate our way to the centre, we must come together and form a formidable force for doing this.


“I call on all Igbo to come together, step out and build our land into a liveable homeland.”

Speaking further, he said that the reason for the unrest in Anambra State and in other parts of the South East was the deep-seated unemployment in the region, adding, “Our answer to these unrests is prosperity and job creation. Once there are jobs everywhere, all of those people will come out of the bushes and do something productive with that lives.”

Soludo said he had over 40 support groups pleading with him to be governor of the state.

He stated that he had to give it a good thought before accepting in February, 2021, because he wanted to make Anambra a liveable homeland for all.
Charles Chukwuma Soludo Igbo Politics Punch