2023: Challenges Of The South East 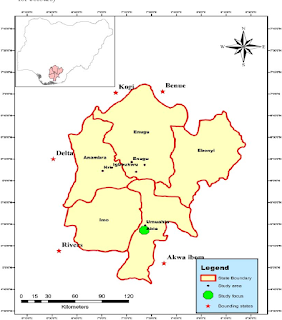 (VANGUARD) Every human being or society has the natural propensity to be wicked and violent, if the enablements for peace and stability are not in place, but is the recourse to violence the answer to these challenges? Will this be the answer to the much marginalised situation that the Igbos of the South east have faced since the end of the civil war in 1970?

When the Russian communist revolution took place in 1917, ending centuries of imperial rule and setting into motion political and social changes that led to the formation of the Soviet Union, the world took notice.

What Karl Marx, the philosopher predicted in 1848, had come to pass. His thesis was that capitalism would inevitably self-destruct, and would be replaced by socialism and ultimately communism.

According to Ernest W Adams, “Britain, like the United States, was never quite as oppressive towards its peasants and industrial working classes as some of the other nations of Europe were.

“It was bad, make no mistake, but it wasn’t anywhere near as bad to be a British peasant, as it was to be a Russian peasant under the czars. And, Britain made a number of important reforms that took the wind off the sails of the most extreme revolutionaries. The UK offered universal male suffrage in 1918, undoubtedly in part to recognise the sacrifices of so many men in the first world war, but, also in response to the Russian Revolution.”

In other words, in places where peasants were well treated, there was the least likelihood of a people’s revolution and vice-versa. When you look at the regions and countries with the highest rate of terrorism in the world today, they are places where the peasants, the ordinary folks have been left on their own; no food, no proper education and other basic needs.

They include Yemen, Somalia, Afghanistan, Sudan, Syria, Palestine, Libya, Mali, Burkina Faso, Chad, northern Nigeria, among others. The common trend is of a people who have been abandoned by their governments and so, they fall easy prey to religion and ideological doctrines. They see themselves as those with nothing to lose.

In the French revolution, at least four of the top ten leaders (Jacques Pierre Briscot, Maximilien Robespierre, Louis Antoine and Georfes Danton), all were executed through the guillotine, the same instrument that they had used to eliminate so many of their rivals.

What does this tell us? We must learn from history and never allow past mistakes to be repeated. Happenings in the South east are not ideal for development and progress of the people in that section of the country.

The leadership in that region must put heads together and pull their people, from the trap that their youths are presently encircling them in. It is a no win situation for them, especially if people from other parts of the country are not keying into their methodology.

The whole world knows that by all standards of fairness, the Igbo of the South east deserves to be President of the country, come 2023, but how this will materialise depends on the Igbos. Every Igbo man is pan Nigerian, and has his kith and kin cut across the length and breadth of the country, which gives him a networking advantage.

They have the resources to make this happen but need to do this in humility and with respect for their fellow Nigerians. That hubris, that pride and arrogance must be subdued, that feeling of ‘I am the best,’ must be totally expunged from their mindset. The spirit of ‘I’, instead of the ‘we’ must be cleared, while the feeling of force over dialogue must also not come into play. That is why they must reexamine their strategies.

Politics is a game, if you do not play it right, you will continue to end up on the losing side. I am not a fan of Hakeem Baba-Ahmed, director of publicity and advocacy of the Northern Elders Forum, but I totally agree with him that bringing the presidency to the South will not be by force. If you are to go by force, it will no longer be a democracy. We must decide on what we wish to practice.

It is also noteworthy that, while the Igbos are flexing muscles, they have not really narrowed down on the list they want to pick their presidential candidate from. While they continue with their belligerence against themselves and the world, supporters of Bola Ahmed Tinubu are already doing underground work, lobbying and campaigning to make their candidate become the next president.

You do not sow yam and expect to reap corn, you must work hard, plan and adopt the right strategies. Identify the weak areas and collectively agree on what path to follow. As it is now, it will seem as if Igbo leaders are waiting to ride on the notoriety of IPOB, to become popular candidates.

The ones that have been bold enough to tell the truth are being hunted down and threatened, others are keeping quiet, including governors of the region. They are not able to come out with a working security outfit, like the South west have done. We must try to build a united country that is free from unnecessary ethnic and religious sentiments.

History has shown that the Azikiwe-Awolowo division/betrayal was inspired by the British. If you have listened to the testimony of Mr. Smith, a Briton who witnessed it all in Nigeria, Azikiwe was blackmailed by the British into that alliance with the Northern Peoples Congress, NPC, not withstanding the fact that Zik by nature was a pan Nigerian.

Ordinary folks have been made to fight this imaginary war over the years. The achilles heel of the Igbos is the tendency to assert their superiority through bullying in whatever form, the same way some of the Fulanis are doing now that they are in control of leadership of Nigeria. We must all remember the fact that, no empire lasts forever. No matter how good, everything is dependent on time, circumstances and chance.

This is the chance for the South east but will they take it? Some have said that, even if the presidency is zoned to the South east on a platter of gold, they will not be able to produce a candidate, because it will be impossible for them to agree on one among themselves.

The South had only come this far in the pursuit of the 2023 ticket, because of the strong leadership that Governor Rotimi Akeredolu of Ondo State has provided for the southern governors forum. Even within this forum, you can see the South east governors dragging their feet. Let us see if they will prove us wrong.