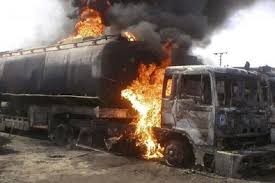 
After the latest fire incident in Onitsha, Anambra State and the destructions that came with it, the State Fire Service appears to have woken up from slumber. The Guardian learnt that Governor Willie Obiano has ordered the agency to step up its activities to forestall a reoccurrence of such incident. Meanwhile, the statistics of fire incidents in the state has been on the rise. In 2018, the Fire Service recorded 110 fire outbreaks across the state while no fewer than 30 fire incidents have been recorded this year.

Nevertheless, investigations showed that the Fire Service has fire stations located in strategic places in major cities state but were hitherto not well-equipped to discharge their duties effectively. For instance, at the state capital, Awka, there are three fire service stations located at the state command headquarters situated at Eze-Uzu junction, Agu-Awka. In Onitsha, the commercial nerve-centre of the state, there are three fire stations, namely, the Main Market fire station, Nkpor fire station and Okpoko fire station, Obodoukwu road. It was learnt that the state was planning to build an additional fire service station at Okpoko to tackle incessant fire incidents around Onitsha and Okpoko axis.

Meanwhile, there are areas in the state that ought to have at least one fire station each have have none. Such places include Abagana/Enugwu-ukwu axis in Njikoka local council; Awka North local council, Okija in Ihiala local council and Oko in Aguata local council.

It was gathered that the state has about 20 fire-fighting trucks in all, including back-up water tankers spread across the fire stations. Out of these, eight are non-functional, but following the recent fire incidents in Onitsha, the state governor directed the repair of all the non-functional trucks of the Fire Service.

The State Director of Fire Service, Martin Agbili, an engineer, who is also the state chairman of Nigeria Society of Engineers (NSE), could not be reached for comments. However, a member of staff of the Service who pleaded anonymity told The Guardian that the governor has ordered for the provision of six additional big trucks to the Service.

“In addition, orders have been placed for four mini-fire trucks that will act as first responder and be able to penetrate the nooks and crannies where the big ones cannot access,” he said.

The staff also noted that the welfare of employees in the Fire Service has been improved, saying: “Salaries and allowances of the fire service officers have largely been improved by about 100 per cent from what we earned before now. Also, our hazard allowance has been increased to N20,000 monthly.” But he bemoaned poor budgetary provisions to the Service, noting that it was hampering their efficiency.

He added: “The staff strength is not anything to write home about. In fact, the conditions of service were not encouraging. But with the recent fire incidents, the state government has come to the realisation that the Fire Service needs adequate attention to perform efficiently. The governor has ordered the increase of the staff strength from 70 to 120.”

Another source, who also pleaded anonymity, said the government was being reactive, questioning the rationale behind the many years of neglect the Fire Service had endured.

“How could past governments place staff on salaries and allowances that are not motivating. Also, there are no boreholes to make water available for the Service and where they exist, they are dilapidated and non-functional. It is now that government is rising to the occasion,” he said.