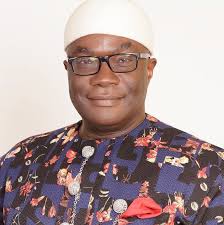 
No fewer than 500 persons in Imo East senatorial zone have benefited from an empowerment scheme initiated by Senator Ezenwa Onyewuchi as part of efforts to reduce poverty and crime.

The beneficiaries, who gathered at the constituency office of the senator at Ugwu Orji and All Saints Anglican Cathedral in Egbu, Owerri, were drawn from nine local government areas. The beneficiaries, will also receive take-off packages for their businesses at the end of their training. Beneficiaries included youths, women and physically challenged persons.

Director-General of the programme, Godwin Nnadozie, who addressed journalists said Senator Onyewuchi was poised to change the fate of jobless persons in Owerri senatorial district through the empowerment programme.

He said the participants are being trained in catering, video and photography, ICT (Computer Training) as well as mobile phone technology and that they were given daily transport allowance and free meals throughout the duration of the training.

He said the aim was to youths off the streets and engage them meaningfully to be productive and useful tot he society.

Nnadozie said aside the 500 currently undergoing the training, additional 200 persons had been slated in the subsequent week, thus bringing the number of beneficiaries to 700.
Ezenwa Onyewuchi Newsroom Owerri Sun News