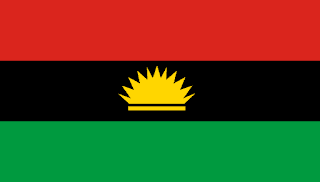 
National president of the Main Igbo Movement (MIM) Simeon Okokwe has descended on the Igbo separatist’s groups, Movement for the Actualisation of Biafra (MASSOB) and the Indigenous People of Biafra IPOB) over their recent comment to continue the agitation for a Biafra nation despite the realisation of Igbo presidency in 2023.

According to Okokwe, such demand by the Igbo pressure groups would be tantamount to selfishness and inhumanity to the rest of the citizens of the country.

He wondered why the Igbo groups should continue such agitation, pointing out that the interest of the Igbo is to end the years of marginalisation by other ethnic groups in the country and not for separation.

Okokwe who addressed newsmen in Owerri yesterday further stated that the realisation would address so many anomalies such as the request for restructuring of the country.

“If an Igbo presidency is obtained today, why should we be talking of IPOB and MASSOB threatening the peace of the country and numerous clamour for restructuring.

“Our aim of agitating for an Igbo presidency is because we have been marginalised for too long, power should also shift to the southeast so that the world would know what we are capable of” Okokwe said.

Okokwe in similar vein supported the call for dismantling of the various checkpoints in the zone, just as he described it as a way of further disturbing the peaceful existence of peopele of the zone.

He said “I think what the federal government did is not in favour of the people of southeast, road blocks mounted here and there constitutes trouble for our people, if it’s not for extortion, it would be for intimidation and harassment of people of this zone.

“So we implore the security agencies to obey the directives of the National Assembly and dismantle all the checkpoints in the zone” Okokwe said.
Biafr Newsroom Stanley Uzoaru Sun News