OPINION: For Ndigbo It Is Raining! 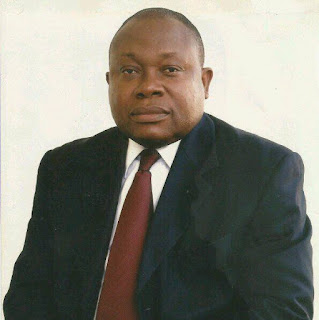 
These are not the best of times for Ndigbo. Everything seems stacked against them. The government at the centre is against them and the people from the other tribes don’t seem to be happy with Ndigbo. The Nigerian environment is becoming too hot for this very industrious group of people called Ndigbo. Those who know the history of the country are likely to say what is this guy talking about, afterall, the Igbo have not had it good since the country became independent in 1960. Anybody that takes this line of thought would be correct to the extent that, yes, the path of Ndigbo has been rough all this while, but he would be wrong from the standpoint that the affliction of the Igbo has assumed a new and very dangerous dimension, far worse than anything that has happened to them before now.

There seems to be a new agenda by a group of Nigerians to undo the Igbo by means that has never been applied in our country before. Igbo have been killed before and someone is likely to ask what could be greater than death. Straight application of the death solution is far better than introduction of systematic terror, dehumanization and then emasculation of a people. Ask any felon to choose between outright death and slow death which begins with cutting the nails, the fingers, the hands and the limbs, plucking out the eyes before eventual termination of life, the idiot is likely to choose outright death. The current fate of the Igbo is like the latter part of the above story: their enemies have not come frontally, they have chosen to come in from the back door and extermination is taking place in a way that nobody is conscious of what is happening. Before I go into specific examples, it is important to state that the new agenda against Ndigbo tallies with the contents of a leaked television conversation between a former Northern governor and his South West counterpart.

In that leaked conversation, there was this intension to suppress businesses in which Ndigbo have comparative advantage. Specific mention was made of drug business and commerce in general. There was intension to close up pharmaceutical shops. True to that discussion, Kano and Kaduna have taken actions in that direction. There was also the plan to make the Igbo’s stay in Lagos tenuous, that plan has also witnessed some degree of implementation. The Constitution grants citizens right to political choices but in Lagos, Nigerians heard the Oba of Lagos threaten publicly to drown all the Igbo if they dared exercise that right in a direction different from those of the indigenous people. That outburst was definitely sacrilegious, yet everybody kept quiet as if it was not serious enough. Because we kept quiet, the affront magnified in the 2019 elections with hired thugs storming predominantly Igbo areas during the polls, carting away electoral materials, beating and maiming innocent citizens alongside. Igbo traders in that state today live in perpetual fear of eviction from their traditional trading points to other areas not yet developed. It has become the lot of Ndigbo to be used by some states to develop their undeveloped areas.

The other day, the head of the Customs revealed to the country that there were months in recent times the agency raked in trillions of naira from Custom duties. It was good news to the ear and the impression created was that of a new Customs department that had woken up from slumber and now effectively and creatively discharging her functions to the benefits of the country. What he did not tell Nigerians was that what was happening was make believe, a façade; that the income was at the expense of the well being and life of a targeted section of Nigeria. He did not tell Nigerians that Customs now leave the borders and go after supposed contraband goods in shops in towns and stalls in market places. He hid from Nigerians the fact that Lagos-Shagamu-Benin-Onitsha-Aba expressway has the highest numbers of checkpoints one can find anywhere in the world. As a military man heading Customs, Col Ali failed to tell Nigerians that forensic analysis of checkpoint has shown that checkpoints do not only stifle businesses, they kill them. They make the atmosphere very unconducive for business initiatives.

Igbo are the champions in commerce and they use our national borders more frequently than others and now the land borders are closed because our leaders say they want to improve local rice production. Closing national borders in the 21st century as a solution for economic productivity; you can laugh if you like. Now look at the fate of Igbo giant businessmen, they are being systematically confronted and made to surrender. Ibeto is a cement merchant and he desired to crash the high price of cement in the country. Instead of commendation and encouragement, enemies of Ndigbo went for him using the Federal Government, powerful individuals and even the courts to harass him. Today no one is sure whether he is still in business or whether he has ran away to save his life. Innocent Chukwuma is proving that the Blackman can build his vehicles. Again, instead of applause and encouragement he is being hunted by government, security agencies and Economic and Financial Crimes Commission for no plausible reason just that he has service charges disagreement with his bank.

Ifeanyi Uba had a business deal with the Nigeria National Petroleum Corporation. They owed him and them, a disagreement that should be resolved on a table was turned to financial crimes against the nation and this is in spite of the fact that Mr. Uba was owed more money than he owed NNPC. Few days ago he was again charged to court. Orji Kalu is down and before him Rochas Okorocha, a man who helped build up a ruling party was dragged to the market place, flogged and shoved aside with ignominy. Chima the founder of Air Peace is having his own baptism of fire. We have not been told he stole anybody’s money but they are harassing him for wrongly transferring money for the purchase of his aircraft. The way they are going he may go down together with his thriving business, employing thousands of Nigerians. The roads in South East are in terrible state and the only airport with the fake status of an international airport is closed down. As we talk not one Igbo is heading any security agency in this country. If this is not systematic genocide somebody should please educate us. In these days of “Hate Speech” do not say I told you but you heard it.