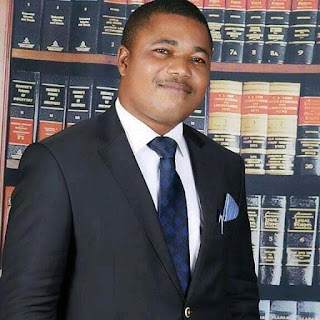 
The lingering accusations and counter-accusations between Barr. Ifeanyi Ejiofor, lawyer to IPOB’s ( Indigenous People of Biafra), Nnamdi Kanu, and the Nigerian Police Force (NPF), over the 2nd December bloody rampage, murder, and destruction that took place at Oraifite, Anambra state, has taken a new dimension as the Ejiofor family have petitioned the National Assembly (NASS) and the Federal High Court, Awka, demanding investigations, justice, and compensation for the mayhem allegedly perpetrated by officers of the Anambra state police command.

Copies of the petitions filed from Barr. Ejiofor’s Chamber was made available to Sunday Sun recently, and in the petition, Ejiofor alleged that what played out at his hometown was an orchestrated plot by another prominent personality in Oraifite (name withheld by us) to assassinate him using the police, in other to gain favour, and ingratiate himself into the good books of the presidency.

The lawyer then called on the NASS to intervene in the attempt to his life, and prevail on the Federal Government of Nigeria and the NPF to immediately set aside the declaration tagging him ‘a wanted person’. “I further call on the NASS, to prevail on the Federal Government of Nigeria to set up an independent investigative panel to probe the incident that occurred at my ancestral home in Oraifite, Ekwusigo Local Government Area of Anambra State. And to crave the indulgence of the NASS for a proactive oversight and intervention in the light of this obvious travesty of justice against me, in view of the extraordinary circumstances prevailing in the case,” he said via the petition.

Those sued in the matter are the Police service commission, with the inspector general of police and commissioner of police. Other respondents in the lawsuit include the Oraifite Area Police Commander, the Divisional Police Officer, The Nigerian Army, The Chief Of Army Staff, The Federal Republic Of Nigeria and The Attorney General Of The Federation.

In the suit marked FHC/ ABJ/ CS/ 135/19, which was signed by Barr. Chinwe Umeche alongside 10 other lawyers, the court was asked to protect Ejiofor’s fundamental human rights by restraining the security forces from taking any steps to execute the warrant of arrest issued against him, and suspend all actions in connection with the matter, pending the hearing and determination of the substantive application before the Federal Court.

The police was also sued to pay compensation for the damages they caused and to further publish an apology to the Ejiofor household in five major national newspapers.