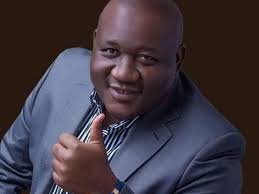 President of the Senate, Ahmad Lawan, yesterday, described the death of Sen.Benjamin Uwajumogu as a monumental and fundamental loss to the Senate and Nigeria in general.

Lawan made the remark in an interview with journalists shortly, after signing the condolence register in honour of the late Senator.

According to him, Nigeria has lost a great man, adding that Uwajumogu’s constituency would definitely feel the loss.

“Well, this is a huge loss not only to the 9th Senate but to the entire country.

“The late Sen. Benjamin was one-time Speaker of Imo House of Assembly, he was a returning Senator, very resourceful, very patriotic, a quintessential legislator.

“His last contribution on December 17 was when we debated the problems that Nigerian business owners are facing in Ghana.

“He made a very categorical statement that we must, at all times as Senators, protect the interest of Nigerians.

“We must support them wherever they will be in the world. That was very constructive of him.
“For us in the 9th Senate, this will continue to be one of the guiding principles of what we do to always ensure that we protect Nigerians wherever they are in this world.”

He said the late distinguished Senator, as Chairman on Labour and Employment, gave a very good account of himself during the labour disagreements.

Lawan said Sen. Uwajumogu was at hand to intervene on behalf of the Senate during the issues between government and labour.

“But I think we are united in one thing, we must ensure we live to protect those ideas that he lived and worked for,” Lawan said.

Also paying tribute to the late Senator after signing the condolence register, the Deputy President of the Senate, Ovie Omo-Agege said:”It is a very painful loss.

“Ben is not just a colleague, he was a brother, a comrade, it is a personal loss.
Benjamin Uwajumogu Igbo Nigeria The Tide