INTERVIEW: Onyinye Ibelegbu: Her Battle To Save Mother Tongue 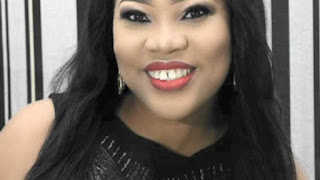 
Every fortnight, at least one indigenous language is estimated to vanish from the face of the earth. With even major languages in Nigeria slowly becoming scarce on the lips of natives, one could easily predict their fate. As Dare Babarinsa once wrote, when a language dies, the people literally perish. However, the CEO of NwaadaIgbo Language School, Onyinye Ibelegbu, is on a mission to save indigenous languages from eventual death, using the teaching of her mother tongue, Igbo language, as a model.

I would say I have always been teaching. Even as an undergraduate in the university, my room off campus was a Mecca of some sorts to classmates who needed someone to explain certain topics to them.

As an NYSC member serving in a school of nursing as nutrition lecturer, I also taught French and English languages outside the school because I had studied at a French School. Over the years, I’ve worked with Action Against Hunger, an international organisation in Yobe State, as a Nutrition Officer; the Independent National Electoral Commission, INEC; International Medical Corps in Sokoto and ZINOX Technology Limited.

What I was doing in the North was more of capacity building, so my first role at ZINOX was as a HR Executive in-charge of training. While working in the North, I also taught English Language to individuals.

At what point did you decide it was pertinent to begin teaching your indigenous language?

Which means it was a niche because a lot of the clients I met on that platform told me they had been searching for an Igbo Language teacher for many years. This was in spite of the fact that many of them grew up in Lagos. So, I started wondering that if indigenes in Nigeria could not speak the Igbo Language, how would it be for those in the Diaspora, who had no exposure to the language at all? I decided to expand my reach via social media and soon began to attract clients from the Diaspora as well.

How has it been in terms of the acceptance and progress?

I started in April 2018 but my greatest growth was in 2019. More people signed up for my services that year. I now also run an Igbo Language Club in select private schools in Lagos. Also, I now have teachers in my employ who go to carry out the teachings where physical services are required. I have a bespoke curriculum and we carry out our services both offline and online, depending on age and preference.

What opinion have you formed so far on the attitude of Nigerians towards their local languages?

I remember that we got punished as students for speaking our mother tongue which was tagged ‘vernacular’ at school. That affected the growth of our indigenous languages greatly. I however think it starts from the home. Yes, our national language is English, but that doesn’t mean we won’t grow our indigenous languages. The Hausa Language is faring better. The average Hausa person will ask you why you cannot speak Hausa and will tell you that you’re supposed to speak her language since you are on her land. I learned the language while working there because they are a people who either do not care to speak English or who don’t know how to. And no matter how wealthy a Hausa man is, Hausa Language is always the language of communication in his home.

Yoruba is facing almost the same problem but they are in few ways better than Igbo. You know, when you go online, you find Yoruba literature, fun clubs, Diaspora associations, etc. I was talking to someone in a university in Italy and he told me they have an ongoing vibrant Yoruba programme. I don’t know if it was the civil war that affected the Igbo language or the fact that the Igbos are business-minded and get easily acculturated the moment they begin to live in another land. In a few years, their children grow up and cannot speak the Igbo language because they probably communicate in English at home. So, it is not uncommon to see an Igbo person speak Hausa fluently but cannot speak Ibo.

The general attitude to our indigenous languages is not impressive. I even believe Nigerians in the Diaspora are doing way better. I have groups that I work with outside the country, and from time to time, they organise Igbo classes as well as device various ways of growing cultural awareness. But for us in Nigeria, we do little or nothing of such.

As a nation, we are currently faced with a plethora of challenges, majority of which stemmed from ethnic diversity. Do you think it is wise to strengthen that diversity further by promoting the learning of our individual mother tongues?

Language is identity; it’s culture. There is no better time than now to promote our languages. The truth is, you must understand who you are before you can relate with others better. Diversity is the beauty of our nation and we should not try to eliminate that even as we strive for unity.

What are the challenges faced running NwaadaIgbo Language School?

The challenge is simply the fact that many who need this service cannot afford it. Another major challenge I have currently is the perception around Igbo language. For some people, it is such a thing of pride to say “I can’t speak Igbo”.

The Chinese take pride in communicating in their local languages; how can we take a cue from them and still maintain our national language?

What gives you joy about what you do?

The fact that, among other things, it has unearthed my creativity. I developed my curriculum myself and it has been highly effective. I find myself developing learner-centred curriculums that would suit individuals based on their different needs. Doing this successfully gives me satisfaction. The progress I see in learners, who, initially, could only say ‘bia’ in Igbo language, makes me really satisfied.

Literature written in our indigenous languages are phasing out. Many of them existed when I was growing up and we used them. I think they need to be converted into electronic forms so people can access them. I have clients in the Diaspora who are constantly in search of good books written in the Igbo language. I hope to make this service available to people at their finger tips.