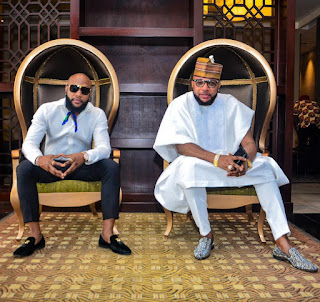 
Uli came back to live just before 2019 petered out, thanks to two young men, Kingsley Chinweike [KC] and Chukwuemeka ‘E-Money’ Okonkwo, who took celebrities to the historic town.

In what they tagged ‘Uli Music Festival 2019’, the brothers also used the opportunity to open their country home in Amamputu village. The Okonkwos are into music and run the Five Star General label.

With Enugu Airport shut by the Aviation ministry, I am sure most of the celebrities flew in through Owerri, Asaba or Port Harcourt. It is also true that many of them did not know that Uli had the second busiest airport in Africa until 50 years ago.

In 1969, it would have been pretty impossible for stars like Phyno, Runtown, Oritsefemi, Zoro, Faze and Duncan Mighty to perform in Uli. Yaw could have been there as an officer of the Biafra Air Force.

Comedian, Ayo Makun [AY] might have been part of the Red Cross while I Go Dye, a Warri boy, would need the help of Lt. Omene to escape Biafran custody. Uli only welcomed combatants, refugees and aid workers from across the globe.

I commend KC and E- Money for taking their money home. Thanks for reminding us of Uli. We shall encourage them to take it beyond music. Uli has a lot to do with history.

Today, the Enugu Airport has been closed and we understand repair work is on-going. It was because Biafra lost Enugu in 1967, and later Port Harcourt in 1968 that an airport was built in Uli by Biafran engineers.

It did not take all the time like we see happening now. There was no need for Chinese or Russian contractors to make money off indigenous brains. With the likes of Frank Mbanefo, Chuba Agbim and Joel Onyemulekwe, impossible was a rare word in Biafra.

With all land and sea routes blockaded by Nigeria, Biafra had to survive. Before London could shout Emeka, three Airports were built. Obilagu came, Uga followed then Uli.

As the famous quote of hunger being an instrument of war ruled the media space, Christian organizations in the United States, Canada and continental Europe worked hand in hand with the Red Cross to save Biafra from starvation.

And Uli Airport became a mystery. The Nigerian government tried all it could to nip it in the bud. Biafra, almost choked to death, refused to give up. Brave hearts, determined dare devil pilots risked their lives to fly in food and relief materials.

It was a risky venture that was carried out majorly at night. The aircraft had to carry enough fuel from their departure points in Sao Tome, Fernando Po and Gabon.

Landing was another medal winning effort. There were no lights except on approach and when ready to land. The lights came on and were switched off in less than a minute. That was done to deceive Nigeria Air Force bombers hovering in the sky.

The first flight to Uli was by seasoned fighter pilot, Count Carl Gustav Ericsson von Rosen, a Swede philanthropist who volunteered his services and aircraft.

He landed in August 1968, from Sao Tome. His Douglas DC-7 carried food for starving Biafran children. That opened the way for other missions. Von Rosen could not stand the sight of malnourished babies.

Born in 1909 to wealthy parents, the Swede knew so much about war. His uncle, Hermann Goering, was a German Field Marshal but he fought against the Nazis and was even captured and detained.

He was the pilot who took United Nations Secretary General, Dag Hammarskjold, round. Fortunately for him, the day the Norwegian died in an air crash, another pilot was on duty while the Swede suffered a bout of fever.

The Joint Church Aid [JCA] played a huge role. The World Council of Churches [WCC] was not left out just like Caritas, Irish Catholic Fathers, Oxfam and Save the Children Fund.

Biafrans began to feed from supplies brought in by Jesus Christ Airlines and Holy Ghost Airlines. There were about 15 to 20 flights every night from Sao Tome, Fernando Po, Gabon and Dahomey.

The Uli Airlift turned out to be the largest Civilian Airlift after Berlin, 1948-1949. It involved 5,314 missions carrying 500 tonnes of supplies daily which amounted to 80, 000 tonnes of aid.

Uli, better known as Airport Annabelle, also witnessed the absurd. In November 1968, Capt. Kjell Backstrom’s DC-6 was attacked, leaving five crew members dead. He took off in severe pains, with two damaged engines and got back safely to Sao Tome where he underwent surgery.

On June 5, 1969, Captain Gbadamosi King, ordered a Red Cross plane piloted by an American, David Brown, to land in Port Harcourt. The flight was headed for Uli and Capt. Brown did not understand why a relief plane should be so intercepted.

The aircraft was shot down around Opobo killing the pilot and his Swedish and Norwegian crew. Some thought Capt. Brown’s plane was downed by an Australian fighting for Nigeria.

The United States also lost August Harvey Martin, first African American commercial pilot. He died with his wife as his plane, filled with food and other essentials hit thunderstorm while landing at Uli.

Rethinking our world in the shadow of the powerful Uli died in 1970. Now Uli is back to life. KC and E-Money must always remember Annabelle as they Pull Over and dance Limpopo. The Chukwuemeka Odumegwu Ojukwu University does not offer history. I serve them this dish for free.
Biafra E Money Emeka Obasi Essay Igbo Kcee Music