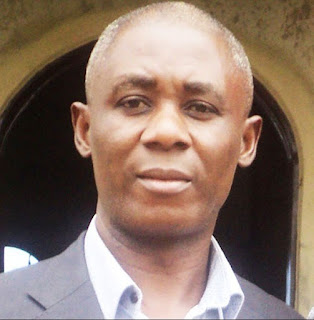 
Ken Saro-Wiwa’s murder is most certainly the worst Nigeria did to the Ogoni people outside the genocide which has been the outcome of Shell’s reckless oil mining operations since 1958.


The pain of Ken Saro-Wiwa’s murder along with eight others including John Kpuinen, Barinem Nubari Kiobel, Nordu Eawo, Saturday Doobee, Daniel Gbooko, Paul Levera, Felix Nuate and Baribor Bera remain the most unpleasant side of our country’s history. It is so because the “Ogoni 9” as they became known and referred to were definitely innocent and did not deserve death.

The executions were perceived by the Nigerian authorities at the time as necessary to pave way for the Shell Petroleum Development Company, Nigeria’s subsidiary of Royal Dutch Shell Plc, to re-enter Ogoni for oil mining operations. Shell had acted so irresponsibly in Ogoni, destroying the Ogoni environment and causing massive deaths.

In the early 90s, Ken Saro-Wiwa led the Ogoni people in protest against Shell and the Nigerian government marginalization of the Ogoni people. The protests forced Shell out of Ogoni but invoked official state repression leading to the death of over 4,000 persons. This excludes the thousands who have died from living in the poisonous Ogoni environment. An estimated 50 persons currently die weekly within the coastal communities where the effects of pollution had been strongest and at least one(1) out of every three children born in the Ogoni region are likely to die within three months after birth.

Over 24years after the 1995 executions, it is unfortunate that our country is yet to come to terms with the reality that our society needs to move forward in the spirit of reconciliation. We need to face, speak and live the truth about the persecution of the Ogoni people over the quest for basic rights and by so doing rebuild our country on a foundation of justice.

The truth is that Ken Saro-Wiwa and the eight others were murdered in their innocence and that must be addressed in the interest of justice. Attempting to force oil mining activities in Ogoni without the resolution of the Ogoni demands for Ken Saro-Wiwa’s exoneration along with his eight other associates, opening up a process for genuine and adequate discussions on the future of Ogoni and cleaning up previous oil spills in the area will be an invitation to crises and a deliberate plot to kill the Ogoni people.

The Ogonis will always resist forceful oil resumption, the result is that the government will draft in the soldiers who only kill the Ogoni people. That will be irresponsible on the part of government and should be avoided especially at this time that MOSOP has shown willingness to engage in discussions on the future of the Ogoni people.

We do not want any more Ogoni blood spilt by the Nigerian government. Already, over 4,000 deaths had been recorded due to direct state repression between 1993 and 1999, our environment had been completely destroyed and unable to support the population any longer, there is no future for our oil rich Ogoni whose resources have built Abuja, Lagos, Enugu and made Nigeria a regional power.

After Saro-Wiwa’s murder, the first and earliest moves Shell and Nigeria made in Ogoni was to attempt to forcefully resume oil production. Shell the polluter and her ally, the Nigerian government have only been interested in the Ogoni oil and not in development. That attitude must change. While Nigeria has shown strong will to resume oil mining activities in Ogoni, the authorities must also address the pains and deep cuts created by the repression. That will help to bring healing to families and facilitate reconciliation.

For the Ogoni people, addressing the 1995 murders is fundamentally required to win the support of every Ogoni as we progress. It is doubtful that the Ogoni people will ever be happy to see fresh exploitation of their natural resources without any action to exonerate the innocent agitators who were murdered in 1995, a proper cleaning of previous oil spills and discussions on the future of the Ogoni people.

Attempting to ignore the unfair and unjust murder of Ken Saro-Wiwa and the others will leave the majority of the Ogoni people in deep pains and frustrate every progress we could possibly make to move forward.

The exoneration of Ken Saro-Wiwa and eight others should not be too difficult to do. The sentences should undergo a judicial review and their names cleared. This is fundamentally requited to show a new government commitment to social justice for the Ogoni people who still grapple with deep injuries in their hearts about a state sponsored persecution that killed thousands of people. The pains of the repression remains very strong and frightening in our hearts and the Ogoni people must be helped and reintegrated into national life.

Attempting to disregard these suggestions will endanger the lives of the Ogoni people. It will make the people loose confidence in peaceful struggles and put the Ogoni community in greater danger.

In addressing the problem therefore and moving Ogoni on a new path towards progress, we need to understand that there may not be true reconciliation until we all move towards justice for the people, both for the living and for those who were unjustly killed in the cause of the struggles for a better life for all of us.

Justice demands that we do not move forward and forget those whose sacrifices opened the opportunities for us to move on. It is a basic principle for every society desirous of progress.

We must act in ways that build confidence and encourage the peaceful methods which the Ogoni people have adopted. We should not be negligent to allow people loose confidence in our nationhood, we must make our country work by the actions we take and the concerns we show to each other.

Ken Saro-Wiwa and all those with whom he was killed were innocent. That fact cannot change and will not be forgotten. We must encourage the rebuilding of a new Ogoni beginning with their exoneration and then we move on to discuss the future of Ogoni.

That is the way to go.